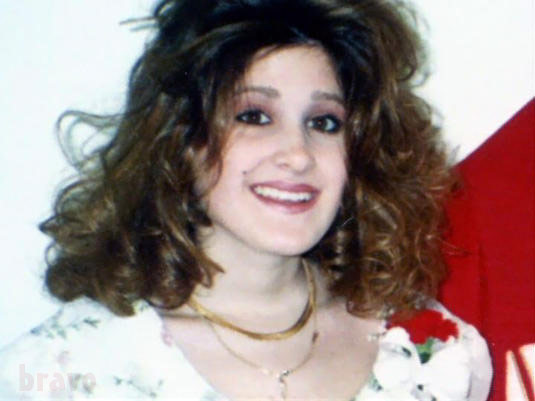 Long before The Real Housewives of Atlanta‘s Kim Zolciak-Biermann was making headlines bopping around the ATL with mysterious sugar daddy Big Poppa, she was making much more serious headlines as part of a sex scandal that resulted in a police sergeant getting fired — when she was only a teenager!

Amazingly, the story has never been mentioned on the show — a show that is all about cast members digging up skeletons in other cast members’ closets. And other than being mentioned on a handful of gossip blogs years ago, it hasn’t gotten much coverage in the media, either.

The story was covered extensively by the Hartford Courant at the time, however. Here is a summary of what happened, culled from multiple Courant articles from 1997 to 1999:

Officer Squires thought the whole thing was a bit suspicious, and he expressed his concerns to some of his fellow officers. Word of Squires’ concerns eventually got back to Sgt. MacDougald, who was Squires’ boss.

“[MacDougald] proceeded for the next couple of weeks to write me up for everything I did,” Squires said in a hearing two years later. Squires says he approached their commanding officer about the problem, but was told “that it was a family matter and I would not have to worry about it.”

In 1995, Squires discovered that married Sgt. MacDougald was having an affair with a “16- or 17-year-old” named Kim Zolciak, who was a witness in a criminal investigation. Squires says he approached George Hall, who was chairman of the police commission at the time. “I felt that Mr. Hall, being the chairman of the police commission, would put a stop to it,” Squires said. “I told him that they were having a sexual relationship and that she…had a part in the Beaulieu investigation. He told me he would take care of it.”

The “Beaulieu investigation” that Squires is referring to is a case against a man named Norman Beaulieu, who was accused of sexually assaulting two teenage girls.

To back up his claims, Squires had tape recordings of numerous conversations from 1992-1995, including ones with his fellow officers, as well as one with Kim Zolciak. Instead of helping his case, the recordings seemingly got Squires into more trouble, because the people he was conversing with did not know he was recording their conversations.

Kim Zolciak at her high school graduation with her mom and dad: 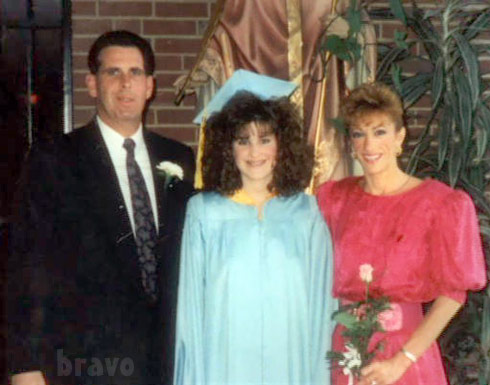 It is never stated that Kim Zolciak was one of the teens involved in the Norman Beaulieu sexual assault case, but that could be because she was a minor at the time. (I am only speculating.)

Officer Squires spoke with Norman Beaulieu’s daughter, Tammie Beaulieu, and she later accused Sgt. MacDougald of persuading the two teens to falsely accuse her father. (The charges against Norman Beaulieu were dropped in November of 1996.)

After MacDougald’s sexual relationship with Kim Zolciak was revealed, he was suspended from duty. In June of 1997 there was a disciplinary hearing for MacDougald. Among the witnesses who testified was Kim, who was 19 at the time.

On June 21, 1997, Sgt. John MacDougald was fired for conduct unbecoming an officer. From the Courant:

The case stems from Tammie Beaulieu’s complaint earlier this year that MacDougald influenced two teenage girls to falsely accuse her father, Norman, of molesting them in 1995. Norman Beaulieu was charged that year with second-degree sexual assault and risk of injury to a minor, but the charges were later dropped.

That is the same discipline meted out by the commission on July 21 to Patrolman Daniel Squires for conduct unbecoming an officer and nine other violations of police department policy. The panel found, after several days of public hearings, that Squires had lied to internal affairs investigators, neglected his duty and “significantly undermined public confidence” in the department.

The internal investigation determined that, despite MacDougald’s inappropriate relationship with Kim Zolciak, “there [was] no evidence to support the allegations that Sgt. MacDougald coerced or fabricated statements in [the Norman Beaulieu] investigation.”

In September of 1997, the Windsor Locks police commission gave Sgt. MacDougald his job back, reducing his termination sentence to a 45-day suspension. That suspension was later reduced even further — to just 23 days. The police commission would not address the change(s) of heart at the time, but it was later revealed that the commission was “fearful of the potential cost of defending a lawsuit challenging the dismissal.” 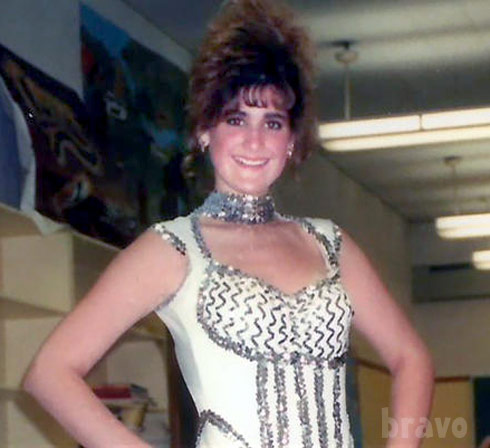 MacDougald’s issues didn’t stop there, however. From the Courant in 1999:

Described by colleagues as a smart street cop who did his work well, MacDougald twice got himself in trouble through his relationships with women. He has been suspended with pay since September because of his arrest on criminal charges of stalking his former wife. That case is pending in state Superior Court.

That arrest prompted an internal investigation — the existence of which was not disclosed until Wednesday night — that led Police Chief William Gifford in May to recommend that MacDougald be fired, [town labor attorney Kevin Deneen] said.

This time around, MacDougald decided to save a lot of people a lot of time by retiring instead. “I had 26 years of [police work], and it’s been something I’d been planning for a while,” MacDougald said at the time.

“It’s a final and complete resolution of all the issues relating to Sgt. MacDougald’s employment,” said Deneen. “All it says is we’ll provide by law what we have to,” Deneen added of MacDougald’s retirement.

Police commission member Roger Nelson said of the whole ordeal, “All in all, we’re happy that whole situation is resolved.”

According to online records, a John J MacDougald from Windsor Locks was found guilty of 3rd degree assault in 2012.

Fans of The Real Housewives of Atlanta will realize that the story also clears up one of the most-often asked questions surrounding the show: How old is Kim Zolciak? If you do the math, Kim Zolciak was 19 years old in June of 1997, which means she is most likely 37 years old now, and possibly 38.

I should also point out that one online commenter claiming to have been friends with Kim Zolciak claims that she and her family received a settlement after the sex scandal. That has not been confirmed.