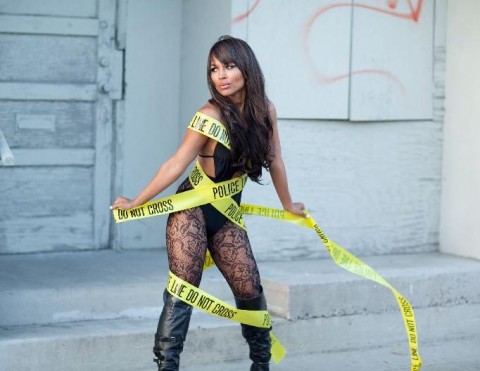 Mercedes Nelson is the ex-girlfriend of Dallas Cowboy running back Marion Barber and is listed as part of the cast for VH1’s reality show Football Wives.  So why was Mercedes absent during the premiere episode on Sunday night?  Well according to sources with TMZ Mercedes got crazy on set and hurled various projectiles at cast mate Chanita Foster!

Theses sources claim that everything got wild during a recent taping when Mercedes got irritated at cast mate Foster and decided to pick up table top items and hurl them in the direction of the wife of NFL vet George Foster.  Producers reportedly stopped production and came to an agreement that it would best for Mercedes to leave the show.

Despite these reports VH1 is adamant that the model wasn’t asked to leave explaining that:

“She only ended up being in a few episodes due to story lines.”

As for the claims that she threw items at Foster, well that did happen and the show’s reps wouldn’t comment further because they plan on using the footage for a future episode of course.  Since we weren’t provided the opportunity to ogle the ex-girlfriend who was never a Football Wife Football Wives cast member here is a compilation reel of Nelson I found on YouTube:

Mercedes is in the process of launching her own website that already features a bunch of info and even more fantastic photos including the top image from this post.  You can check out that site here.  If you want to keep up with Mercedes via Facebook you can do that here or via Twitter here.