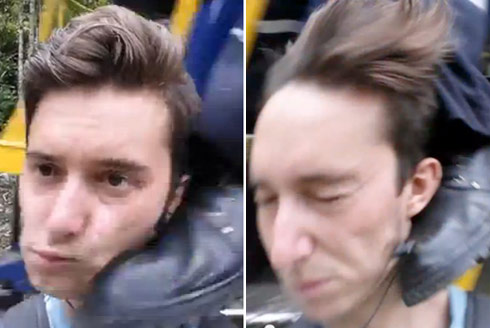 A young man by the name of Jared Michael thought it would be a good idea to take a selfie as a moving train zoomed by. Kid estimated that he was at a safe distance but the locomotive engineer’s boot had other ideas as it seriously said “HELLO” to the side of his face.

I tried to take a selfie while a train passed a “safe” distance behind. I guess I was still too close and got kicked in the head. I messed up.

Yes – I understand this could have been a set up (I doubt it) but even if it was at least they made it count.

Website accused of recruiting homeless to sustain beatings on video