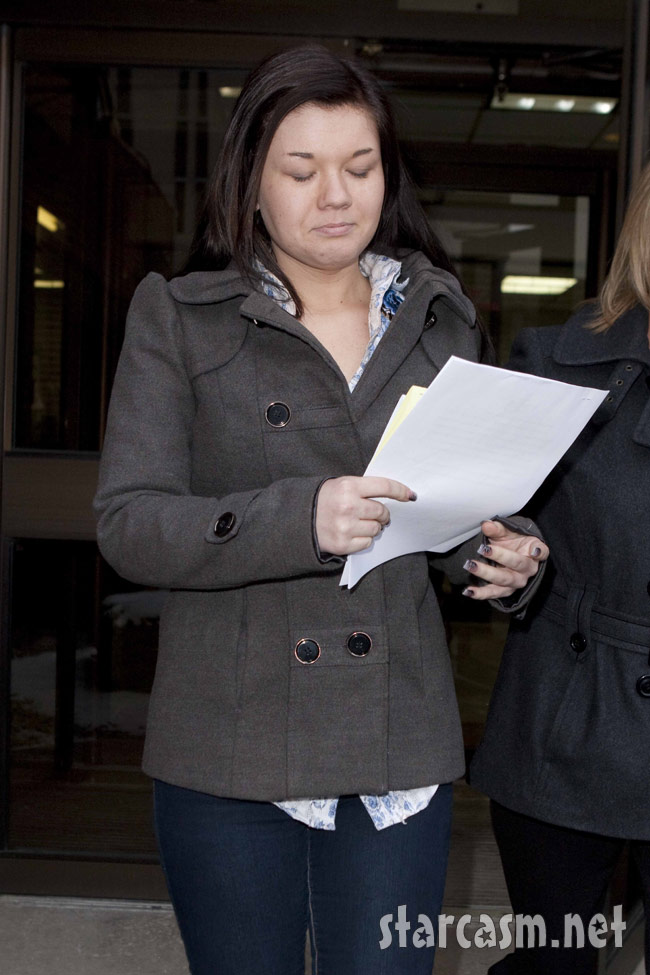 Amber Portwood’s “No-Contact Order,” which initially forbid any contact with her daughter, was modified by the judge for her case allowing baby Leah to be returned to the reality TV star today by the Indiana Department of Child Services.  The new order now only prevents contact between Portwood and baby-daddy Gary Shirley.

While Amber spent the night in jail Tuesday her daughter Leah was looked after by Shirley but sources for Radar Online are indicating that the Teen Mom, who has legal primary custody, will be reunited with her child under the close supervision of Child Protective Services.

Portwood’s attorney Bob Schembs appeared on CBS’ Early Show to defend his client and speak about her current state of mind:

“She’s [Amber] a person who is completely able to take responsibility for her actions and care for her daughter. Contrary to what a lot of people probably believe, Amber’s a very nice person, a very responsible person and a very honest person.”

Mr. Schembs will face a tough battle in this case due to the fact that millions of people have seen the violent attacks she is being prosecuted for.  Click here for all the latest deets in the ongoing case of the State of Indiana vs. Amber Portwood.