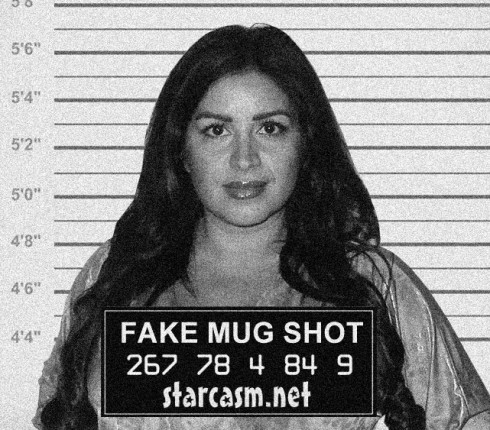 Shahs of Sunset star Mercedes “MJ” Javid spends a lot of time sporting designer duds and hanging out with her wealthy pals, but this reality star/real estate agent fashionista has also spent a little time in the big house!

According to documents obtained by Radar Online, Mercedeh Christine Javid (Mercedes’ real name) almost missed out on her dream career when she was denied a real estate license back in 2003 because of her prior conviction. On the documents Mercedes’ transgression was described as “a crime involving moral turpitude and one which is substantially related to the qualifications, functions, and duties of a real estate salesperson.” 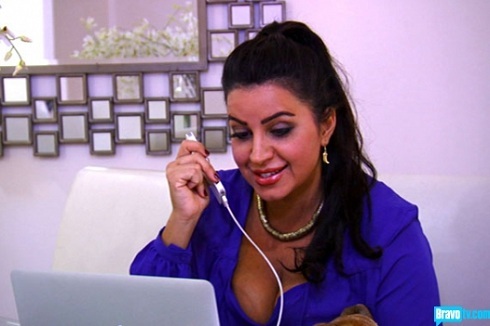 In December of 1990, at the age of 18, Mercedes was “employed as a bank teller at Home Savings in Beverly Hills when she was approached by four men who asked her to take part in a fraud scheme.” Mercedes allegedly turned down the offer initially, but after the men threatened her, her father, and her boyfriend, she finally agreed. According to the documents she then made several deposits for the men, which added up to over $100,000. It is VERY important to point out that Mercedes reportedly received ZERO compensation for her role in the fraud.

By the time the bank found out about the illegal activity, Mercedes had stopped showing up for work. It wasn’t until three years later, in 1994, that she finally plead guilty to bank fraud. As a result for her behavior, Mercedes spent one month behind bars, served five months of house arrest, and paid $10,000 in restitution.

Mercedes eventually got her real estate license, but it didn’t come easy. She had to complete her probation, participate in community service, get a college degree, and in addition to that, she was even required to have her supervisors at her real estate firm where she worked write letters regarding “her dedication, hard work, maturity and trustworthiness.”

That’s the magic of reality television! Pretty much every person on the planet has an amazing story! Congratulations to Mercedes on overcoming what sounds like a pretty terrifying ordeal and then doing whatever was necessary (within the confines of the law of course) to achieve her goals any way.

For more of MJ, tune in to Shahs of Sunset every Sunday at 9/8c on Bravo!

Christina Aguilera arrested for being a drunken mess?