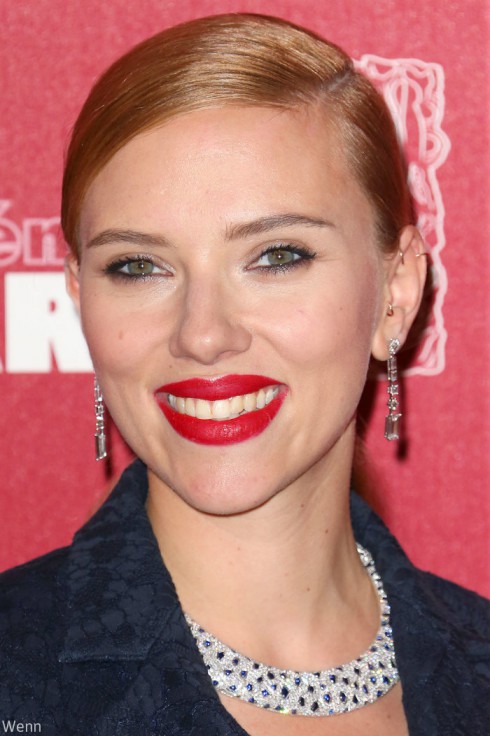 The voice of Her got engaged to French journalist Romain Dauriac six months ago. She told People in January that she’s isn’t rushing down the aisle.

“Being engaged is an exciting time to enjoy and to really savor,” said Scarlett.

Scarlett and Romain also looked blissful during the 39th Cesar Film Awards last Friday. (We didn’t know it at the time, but looks like her blazer was a convenient way to hide a growing baby bump!) 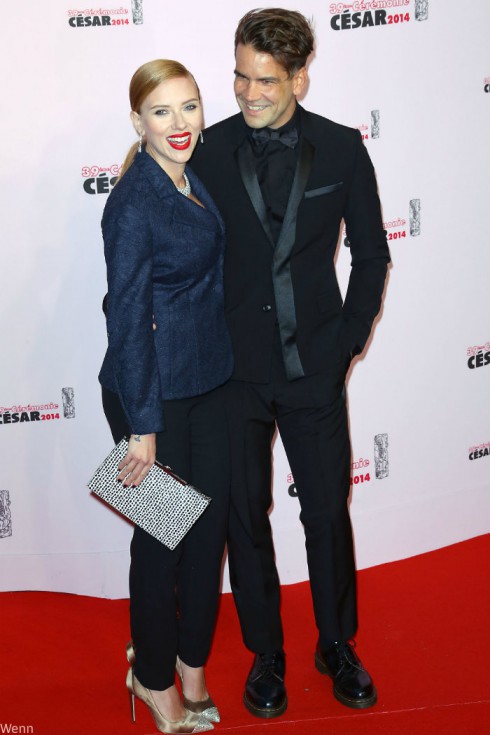 In December 2013, the 29-year-old actress told Daily Mail she wanted children “at some point.”

“I would like to have my own family, that would be nice,” said Scarlett, who would have been nearly three months pregnant at that point. “They say it’s never the right time and I am sure that’s true, but I think you have to plan it like anything else.”

Congratulations to Scarlett and Romain!