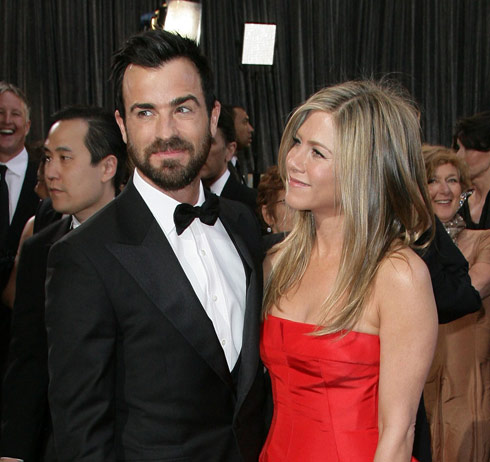 It’s been 10 months since Justin Theroux proposed to actress Jennifer Aniston and the couple appear to be no closer to walking down the aisle.

Sources have told People that plans for the highly-anticipated nuptials have slowed down to a snail’s pace.

Plans were said to be a full go months ago. Details included Jennifer having picked out a dress as well as wedding bands having been designed. Jennifer was also said to have wanted her big day during the spring.

The sources attribute the delay to both Aniston, 44, and Theroux, 41, having committed themselves to a bevy of work commitments as well as construction delays in regards to the redesign of the couple’s $21 million estate in L.A.’s Bel Air neighborhood.

Jen apparently can’t wait to be Justin’s wife but the source said, “they need to figure out a way to create a life that makes them both happy.”