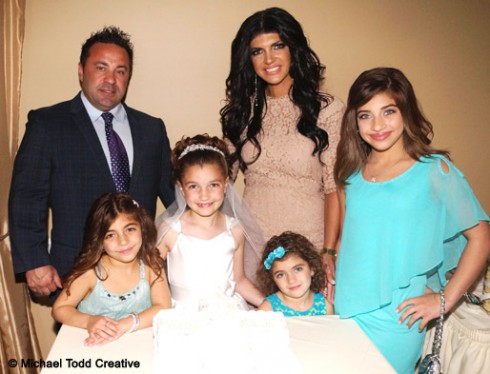 The Real Housewives of New Jersey‘s Teresa Giudice and her family celebrated daughter Gabriella’s first communion over the weekend and Teresa posted numerous photos from the event on her official website yesterday. Noticeably absent from Gabriella’s big day were Melissa and Joe Gorga (as well as most of the rest of Teresa’s RHONJ cast mates) because their daughter Antonia was celebrating her first communion the same day! 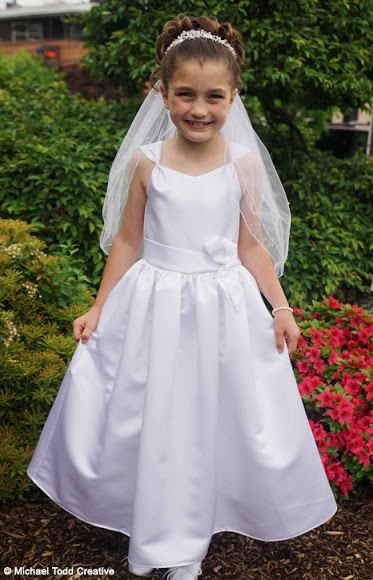 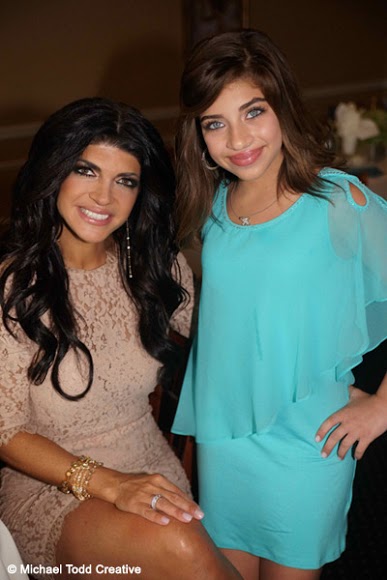 Both communion events appeared to be joyful and surprisingly drama free, but that all changed thanks to Teresa’s statement in her blog, “Of course we wish we were able to go to Antonia’s just like my brother and Melissa wished they could come to Gabriella’s, but we belong to different parishes and couldn’t control the dates. What can you do?”

Melissa Gorga then took to Twitter and clarified by writing, “Despite all the crazy rumors out there, Teresa and I DO belong to the same church and our children both had communions on the same day.”

There was a bit of a Twitter bruhaha after that, which culminated with a mea culpa by Teresa earlier today:

And sorry about the typo in my blog yesterday! I’m running around with my book tour and I wanted to get some of Gabriella’s First Communion pics up in a hurry and I left out the word “don’t” in my blog post. I meant to type “we DON’T belong to different parishes and couldn’t control the dates…” If we went to different churches, there was a chance the First Communions would have been on different dates, but we go to the same church, so it was the same day. Wish we could have gone to Antonia’s, but both girls looked like angels in their beautiful dresses and my parents were SO happy to be at both parties! xx

It was later confirmed that both girls did participate in communion at the same church on the same day, they just had parties at different locations. It’s not known why they couldn’t have at least posed for one photo together at the church, especially with Melissa and Teresa supposedly getting along now. But I digress… 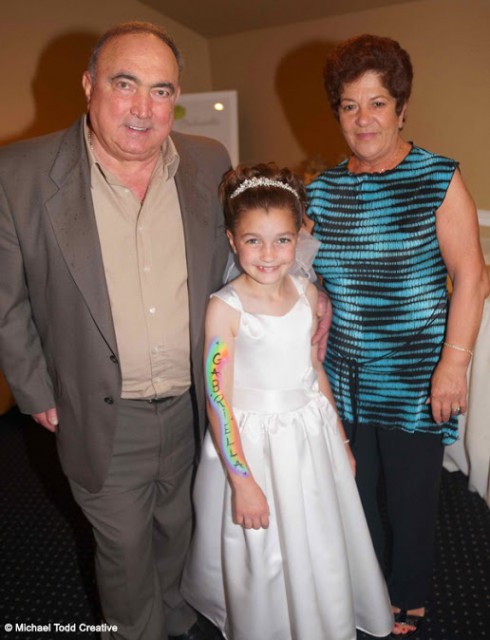 “My poor parents of course hussled to make it to both,” Teresa said of her and Joe Gorga’s mom and dad Antonia and Giacinto Gorga (seen above with Gabriella). “I’m so glad they could. Grandparents are so important!” 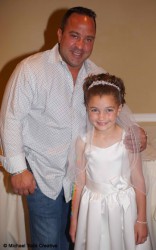 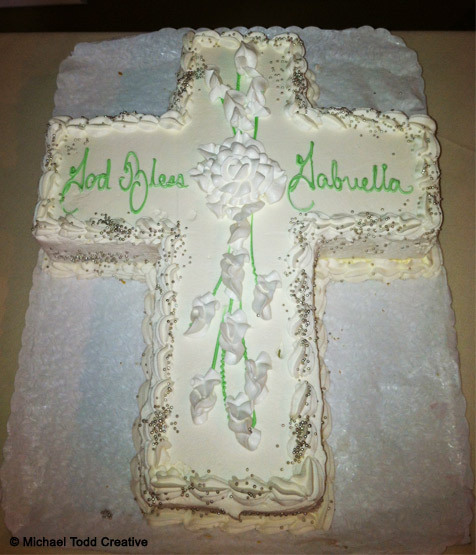 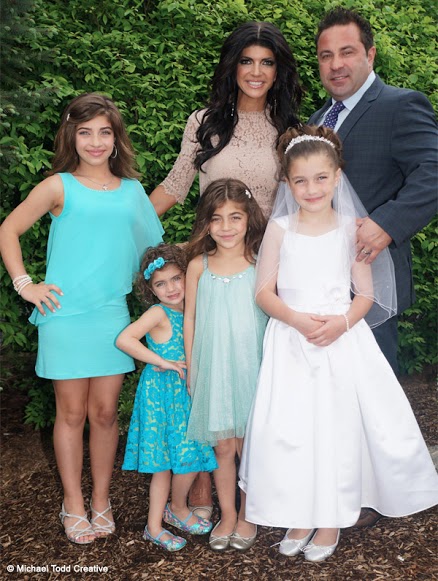 Teresa typically goes all-out for parties especially when it comes to her kids, but since Gabriella wanted something “really simple,” Teresa toned things down — at least according to her.

“After the church ceremony, we went to a restaurant that was decorated with blue, green and white. I had face painters and balloon artists and tons of kids activities and Gabriella was able to be herself and run around,” Teresa reveals. “I even let her get her face painted while she was in her beautiful dress! But that’s how she is and I want her to be true to herself. After the party when we were walking in the parking lot, she said to me, “Mama, thank you for my party. It was the best day ever!”

VIDEO – Did Joe and Teresa Giudice hide their pizzeria / laundromat / apartment building from the bankruptcy court?