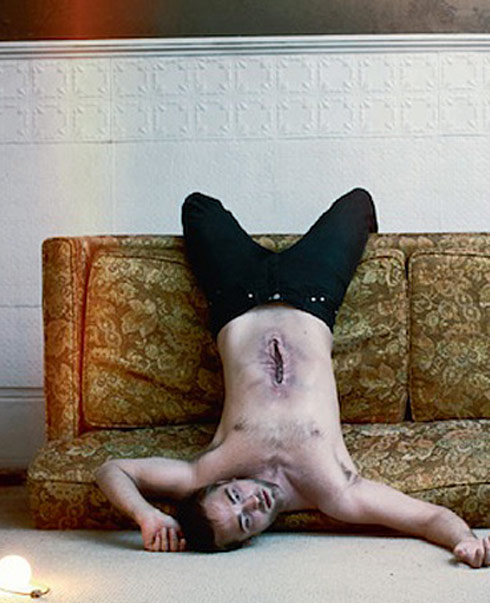 99.9% of photos featuring actor Robert Pattinson are dreamy. The photos currently featured in the French version of Premiere go from dreamy to nightmarish in a calculated shout-out to director David Cronenberg.

It was Robert’s brain-child to recreate scenes from Cronenberg’s films. The actor was directed by the latter in Cosmopolis. One of the works in question is David’s way-out-there Videodrome which is the inspiration behind the photo you see above.

The 25-year-old actor gave the director some serious props when he told Us:

“Filming ‘Cosmopolis’ with David changed something in me. It gave me balls.” 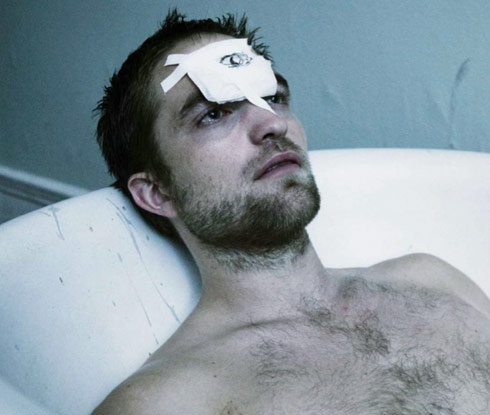 I’ll admit I’m not familiar with the reference on that one. Anyone out there know what feature this comes from?

You can check out all the images via cosmopolisfilm.com.