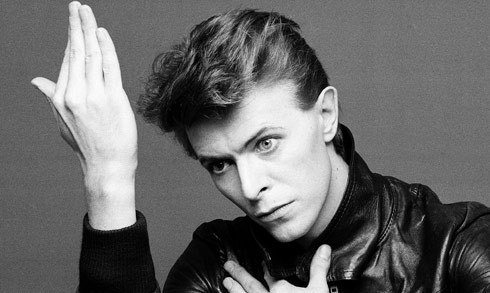 The world woke up to the sad news of the passing of one of pop music’s most revered artists: David Bowie. Bowie passed away Sunday at the age of 69 after an eighteen-month battle with cancer.

Bowie was, and will remain, a North Star to an untold number of creative minded people. He followed his muse while blending the worlds of music, fashion, and art. Bowie was the embodiment of the outsider, the misfit, the square peg in a world full of round holes. The “Thin White Duke” taught us that life is about changes and that you turn and face them bravely, with your own singular voice-however strange it may seem to be.

Fittingly, that love, respect, and admiration are all being shared today by artists from across the musical spectrum as they remember Ziggy Stardust.:

As well as being a wonderful and kind man, he was an extraordinary artist, and a true original. 2/2 #DavidBowie

“Heroes, for me, was always one of the great Bowie tracks. Heroism in the face of oppression and desperation” – pg https://t.co/QfOFKwImfL

He was 1of my ‘HEROES’I just CANNOT believe it.. On the heels of his bday… His top notch album #RIPDavidBowie starman thin white duke

MESSAGE FROM IGGY: “David’s friendship was the light of my life. I never met such a brilliant person. He was the best there is. – Iggy Pop”

RIP David Bowie – someone who was connected to the source

The effect Bowie’s music and life had on people gives me faith in the idea that my own life’s work is worthwhile. He was peerless. Sad day.

David Bowie was one of my most important inspirations, so fearless, so creative, he gave us magic for a lifetime.

David Bowie was a true innovator, a true creative. May he rest in peace ?? #RIPDavidBowie

Here’s my own personal favorite clip of Bowie. It’s a sizzling 1974 take of “Young Americans.” Everyone else in the performance seems of that time except Bowie. His voice, his look — check him out! Even a video couldn’t capture David Bowie in time and space. It’s evident death can’t either. Bowie is timeless.

Susan Sarandon had a fling with David Bowie, says “He’s worth idolizing”