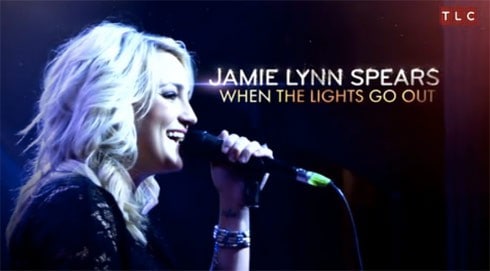 Jamie Lynn Spears is getting the TLC special treatment in an upcoming one-hour show called When the Lights Go Out.

The younger sister of Britney Spears had her own massive career erupting in 2008 when she found out that she was pregnant at the age of 16. She stepped away from her hit show Zoey 101 on Nickelodeon, but has since managed to find success in the field of country music.

The special will focus on Jamie Lynn’s life, giving viewers a behind-the-scenes look at what her experience is like having been a child star, a teenage mother and the sister of pop royalty.

In the preview from People, the mother to 7-year-old Maddie and who recently wed Jamie Watson said, “I wanna do something that I’m gonna be proud of. I’m not just a child star. I’m not just someone’s sister. And I’m not just a teen mom.”