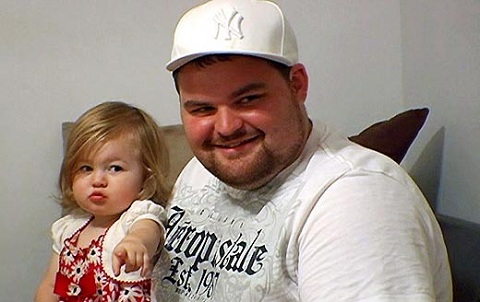 This week Reality Weekly published a story claiming Teen Mom star Amber Portwood’s baby daddy, Gary Shirley, and their 3-year-old daughter, Leah, are living on food stamps. According to the report, Gary was forced to apply for assistance after blowing all of his Teen Mom money on cars and booze!

Reality Weekly‘s source alleges Gary quit his job as a home health care provider and is now nearly bankrupt! The source adds that Gary had been making six figures while on Teen Mom, but “spent it faster than he made it” on cars, partying, electronics, and more.

The source continued to allege that Leah, who’s mom just began serving a five-year sentence, has been living with Gary’s mom, Carol, and Gary helps support her with his unemployment check. The mag goes so far as to say Gary became spoiled with his Teen Mom salary, and with the show coming to an end, has become “too lazy to go back to getting a real job.”

Not one to back down, Gary has responded to the claims on Twitter by writing, “Not that there’s anything wrong with Food Stamps I don’t have any. Whatever “friend” sold this story just sells me out for Lil but of $” He added, “I take care of my kid and the friends that have sold the stories I know which ones I don’t associate w them so they make dumb stuff up.”

Reality Weekly‘s source had also claimed that he and Leah were living off Twinkies and sugary cereals — but not so fast! Gary’s offers evidence to the contrary with this photo accompanied by the tweet, “This is Leah’s and my cereal and Milk look at date on Milk. Suck Tabloid” 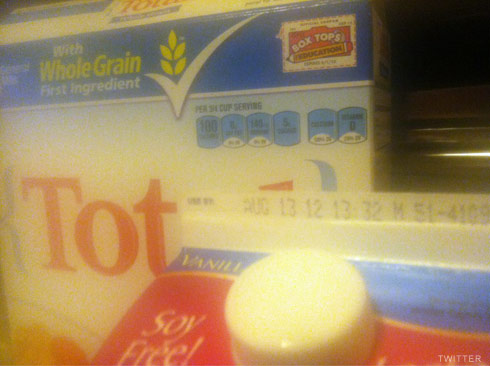 See? That story is a “Total” fabrication. They’re gonna be “soy” they ever said anything! (I actually spent some time on Google and figured out that’s a carton of Almond Breeze vanilla almond milk by Blue Diamond.)

In addition to all of this, Gary told fans weeks ago that although his mom watches Leah occasionally, she isn’t her sole provider. He also explained that Leah lives with him full time.

I’m pretty sure it’s difficult to get government assistance because you spent your huge paycheck on cars, electronics, and partying – don’t they go by your income and not your bank account?