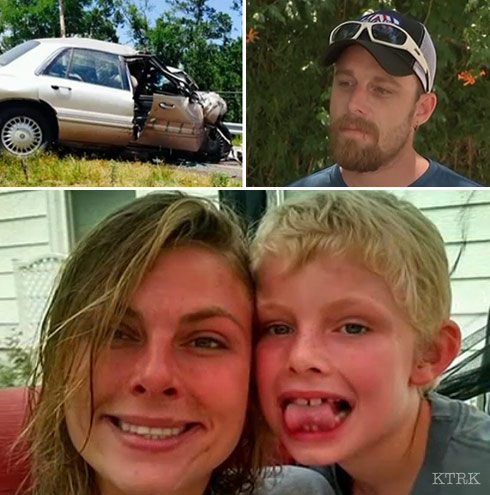 Texas volunteer firefighter Aaron Van Riper responded to a head-on collision Saturday, It wasn’t until he arrived that he realized one of the mangled vehicles involved was carrying his wife and son.

Van Riper, the assistant fire chief at the Thomas Lake Road Volunteer Fire Department, told KTRK “It’s my family. My wife was laying there on the ground. By the look of the car, I don’t know how either one of them lived. There was nothing left of that car.”

Aaron’s wife, Amber, was thrown from the vehicle, while his son, 7-year-old Jonathan, was still trapped inside. The Huntsville Fire Department, along with assistance from Van Riper, were able to get his son free from the wreckage. 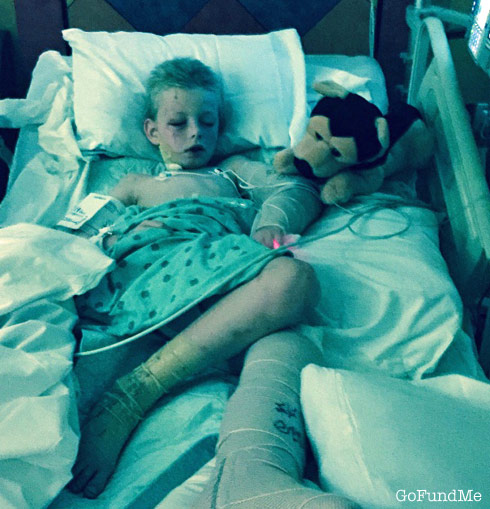 Both Amber and Jonathan suffered multiple broken bones in the accident. Aaron said his wife underwent 9 hours of surgery on Sunday. She and Jonathan are expected to be in wheelchairs while they recover from injuries, according to a gofundme page set up to assist with medical bills.

The car collided head-on with a pickup truck. Investigators have yet to determine a cause for the accident.

Aaron Van Riper added, “The fact that they’re alive is a feat. God has some amazing things for them I’m guessing.”

– Thank you to all the first responders out there like Van Riper who risk their lives so that our families might make it through the way Aaron’s has.

Germany to have third gender option on birth certificates