“So on the real, what would you do?” Farrah begins. “You have been a single mother for four years off and on dating loser a** boys who always try to sell information, lie to you, manipulate, and you’ve just realized you are an awesome person and you deserve someone.”

Farrah definitely hasn’t had a lot of luck in love, but from what fans have seen on the show, a lot of that is her fault. Farrah is very demanding in relationships (to say the least), and during season 4 of Teen Mom, she tells boyfriend Daniel Alvarez that she wants to be engaged after just 2 months of dating. It was almost as it the scene had been taken from How To Lose A Guy In 10 Days.

Regardless of the reason for her being single, Farrah recently had a revelation that led to her doing her own thing. “Now that you’ve been 21, you’ve pretty much been crying every night because you’re single and you’re alone. So, you make your own video, celebrate your awesome body, get your own sexy shots,” she says. “So, the person you did this with has the urge to yell it out when he should be professional and not. So, you have companies interested, so why not sell it? And that’s what I did.”

With that, Farrah put on her official Vivid Entertainment hat, and ended the video. Peace out! 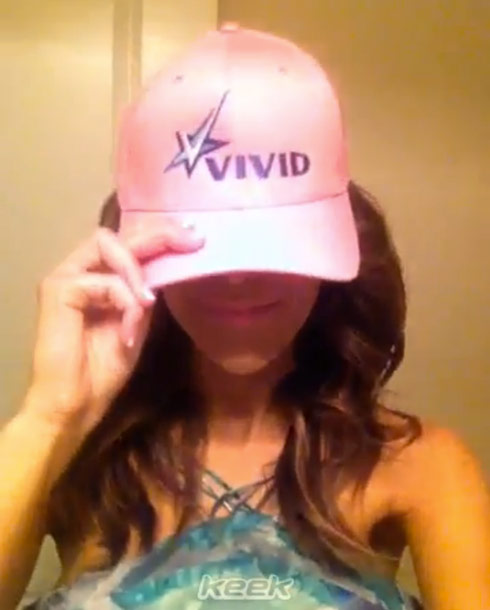