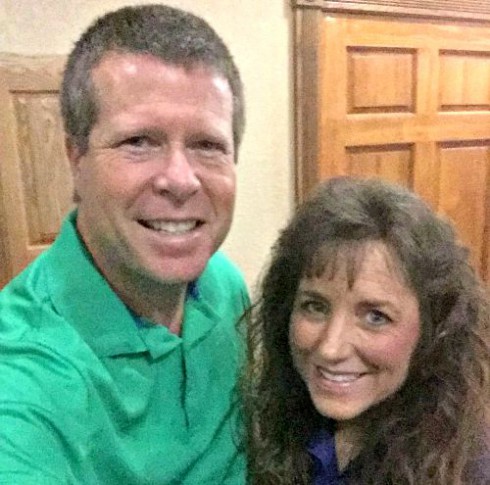 The Duggar family is struggling to come to terms with the fallout after it was revealed that oldest son Josh Duggar molested five underaged girls, including four of his sisters, when he was a teenager. That revelation led to the cancellation of the family’s popular TLC series, 19 Kids and Counting.

“They are still stunned that this is how it has all gone down,” a source close to the family told People for this week’s cover story. “I think they are still trying to absorb the fact that their life has so radically changed.”

Even as more time passes, the insider said the family’s frustration with the officials who released Josh’s police report remains strong.

“None of the Duggars think Josh is to blame,” the source said, explaining their anger is all directed toward the officials. As for why they haven’t often featured Josh on social media in recent months, the source said that is their attempt to avoid drawing more negative attention. “Jim Bob and Michelle love their son, and they love when they can spend time with his family. But every time they’re photographed with him, a story gets made out of it that rehashes the whole mess – and it’s painful for everyone.”

The insider said the Duggars are also struggling to cope with their new reality — without a reality show: “The better part of the last decade has been doing their show, and to have that removed – and instead for there to be this intense scrutiny of their every move – just isn’t something you get used to overnight.”

Last month, Star Magazine reported the Duggars “are in enormous [financial] trouble” without a show.

“They know they have to at least pretend to be sorry about what happened,” a “friend” said. “Now they want a spin-off where Jim Bob and Michelle would give advice to abuse victims — even though they’re in denial about their culpability in Josh’s crimes.”

As laughable as that idea may be, it seems to be a persistent rumor: Progressive Secular Humanist writer Michael Stone brought it up again this week, citing “industry insiders.” The reports have since been shared on a number of other websites.

However, there is no real evidence the Duggars are pitching such a show. It also doesn’t seem like something that TLC executives would consider, especially because the network is already getting criticism for featuring the Duggars in Breaking The Silence, their upcoming documentary about sexual abuse. The good news for the Duggars is that, even without a TV show, there is still a big demand among a certain fan base for them to do speeches, write books and more.