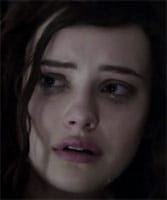 13 Reasons Why, Netflix's new teen drama centered around the suicide of a high school student, is receiving criticism from a suicide prevention advocacy group. Get the argument from both sides of a debate that mirrors a long standing argument between supporters and detractors of MTV's Teen Mom franchise.
Read More...
We use cookies to ensure that we give you the best experience on our website. If you continue to use this site we will assume that you are happy with it.OkNoPrivacy policy