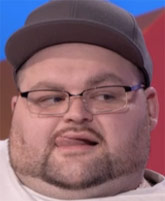 The gloves come off big time in preview videos for Part 2 of the Teen Mom OG reunion! Watch as Gary Shirley nails Matt Baier over his questionable history, Matt says Shirley is "full of s**t," and Amber comes to her man's defense! As a bonus, we captured a next-level eye-roll from Shirley that's a must see.
Read More... 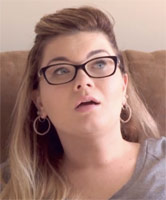 Last night's two-hour season finale of Teen Mom OG had lots of fireworks. Find out what Gary Shirley had to say to his critics, see a condemning retweet from Amber Portwood about Gary and Kristina, and get Catelynn and Tyler Baltierra's thoughts on coping with anxiety and depression.
Read More... 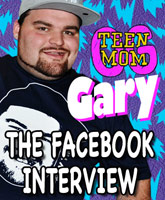 MTV wasn't about to let last week's Farrah Abraham interview implosion stop their successful series of Teen mom OG Facebook fan Q&A sessions! This week they got the dad who put the "G" in "OG" in the form of Gary Shirley, who didn't dodge any of the hardball questions as he responded to inquiries about his custody battle with Amber Portwood, his wife Kristina, and, of course, Amber's controversial fiancé Matt Baier.
Read More... 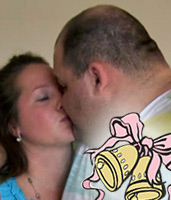 Sorry, ladies... Teen Mom OG's Gary Shirley looks to be a married man as he has reportedly tied the knot with wife Kristina Anderson (Shirley?)! We spoke with a source who tells us the low-key wedding happened during a weekend getaway to Michigan in late September — to the surprise of those on both the bride and groom's side.
Read More... 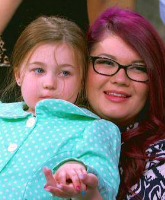 Since getting out of prison in November 2013, Teen Mom OG's Amber Portwood has done a fantastic job of putting her life back together. But, to her disappointment, she still doesn't have custody of daughter Leah. According to a new report, Amber's ex Gary Shirley doesn't plan for that to change soon.
Read More... 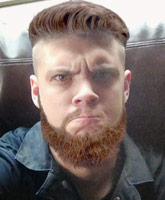 Tyler Baltierra and Catleynn Lowell's daughter Novalee Reign is clearly the breakout new star of Teen Mom OG, but in distant second place is one of the most charismatic characters ever to grace the reality small screen: Taylor McKinney's beard. So, for some weird reason, I felt inspired to spend a couple hours in Photoshop putting Taylor's beard on his male Teen Mom OG co-stars. (What a job, huh?) I also created some transparent image files so you can take your own photo and #TaylorizeIt and share it on Twitter during tonight's episode!
Read More... 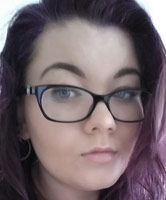 Amber Portwood was featured on the cover of her hometown newspaper on Friday. In the piece the Teen Mom OG star, who recently celebrated her 25th birthday, talked openly about the fame MTV has brought her, her late father's struggles with alcoholism, and her hopes for Leah as she grows up in Anderson, Indiana. Get Amber's candid takes on these topics and more and read Gary Shirley's defense of her when folks sought to criticize her via social media.
Read More... 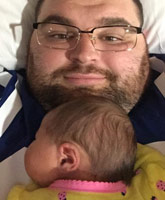 We shared the news late Thursday night that Teen Mom star Gary Shirley is a dad again after his girlfriend Kristina Anderson gave birth to a baby girl, and now we have the first photo -- and a name!   UPDATE - We now have lots more photos!
Read More...