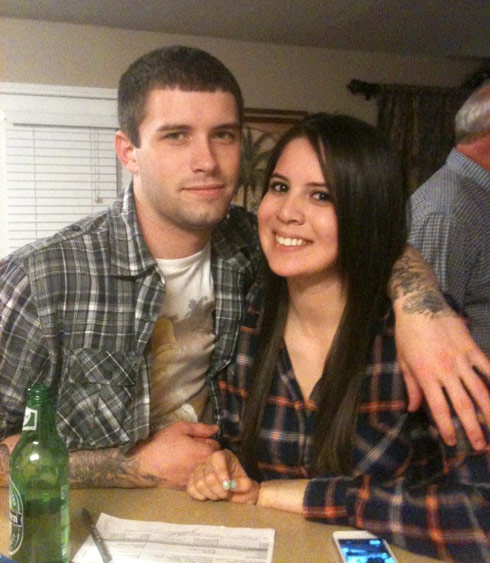 16 & Pregnant alum Ashley Salazar had one of the more emotional episodes of the entire run as the mom from Texas made the difficult decision to give her daughter Callie up for adoption to her aunt and uncle. Now the author and journalism student has revealed that she is again pregnant with boyfriend Justin Lane.

In an interview with Radar the 21-year-old said, “I’m really excited about the baby. But I’m nervous about what Callie will think in the future. We really care about her – we don’t want her to be mad at us about what we did when we were really young, just teenagers and we didn’t know.”

Ashley is in her first trimester but is eagerly awaiting the arrival of her new addition. Justin, who is the father of Callie and reconciled with Ashley after the couple had split during that difficult time, echoed Ashley’s excitement.

“We’re really happy that Ashley is pregnant and can’t wait to meet this baby,” he said.

Salazar is set to graduate from the University of North Texas in May. She emphasized that Callie, now 4, is still her primary concern. “We don’t know what we’re going to tell Callie, she’s so young, but we want to respect my aunt and uncle so that they understand how much we love everyone,” she added.

Ashley also stated that she very much wants to get engaged but that she wants to wait until after giving birth before taking on a wedding.

Congrats to Ashley and Justin!