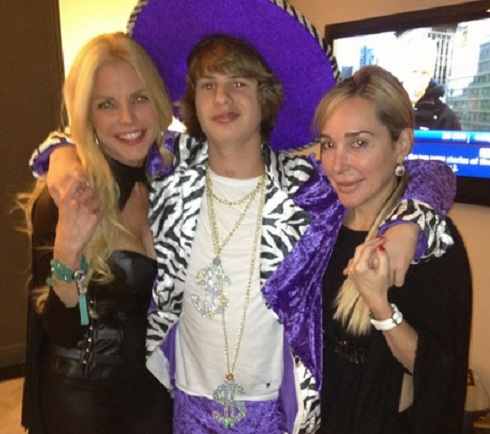 Alexia Echevarria has dealt with plenty of drama on the Real Housewives of Miami, but it’s what has been happening off-screen that has really been weighing on her. In the summer of last year, her youngest son, Frankie (above), was involved in a near-fatal car accident and then, a few months ago, her older son, Peter, made headlines after posting a video of himself committing a hate crime online. Now, Alexia is opening up about her heartache.

“My reality is real,” Alexia explains. Luckily, her son Frankie has been making strides in his recovery but it wasn’t easy, and Alexia had to step back from her responsibilities at Venue Magazine and on Real Housewives of Miami‘s second season.

“Every day is better. He’s a fighter,” she says of Frankie’s progress. “He learned to walk before talking. I knew that was more important to him. My Frankie is happy and healthy, and God willing he’ll be back in school in January of 2013. I think it’s important for him socially.” 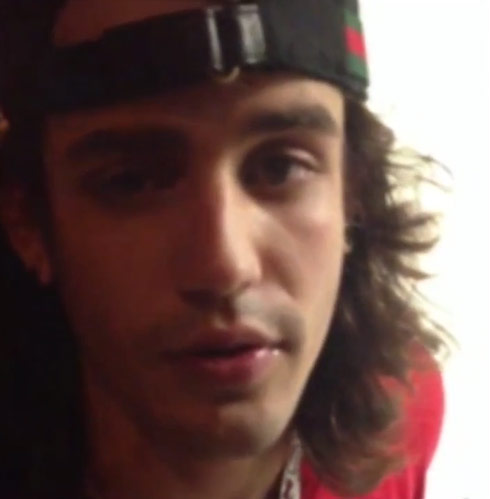 As for Peter, Alexia feels that he may be acting out after the heartbreak he experienced when they nearly lost Frankie. “That’s not my son. He has a huge heart. He’s very sorry and remorseful. This wasn’t his intention,” she said. “Frankie’s accident destroyed Peter. He became self-destructive. He wrote a letter to me that said that if Frankie hadn’t made it, he would have killed himself. Peter wonders if his brother will ever be back to himself before the accident. I believe Peter’s behavior has everything to do with his brother’s accident. Kids make mistakes and this one is costing him a lot.”

Peter entered a not guilty plea on Friday and is due to appear in court for the next hearing on November 29.

Alexia experienced so much this year, it is truly an inspiration. While many would have crumbled, she remained strong for her son and it really made all the difference in his life. “Everything I’ve been through in my life makes me grateful for what I have,” she adds. “I don’t think too much about the future. I live for today. I leave it in God’s hands. Only a mother can really relate  to what all of this.”

Real Housewives of Miami airs every Thursday night at 9/8c.