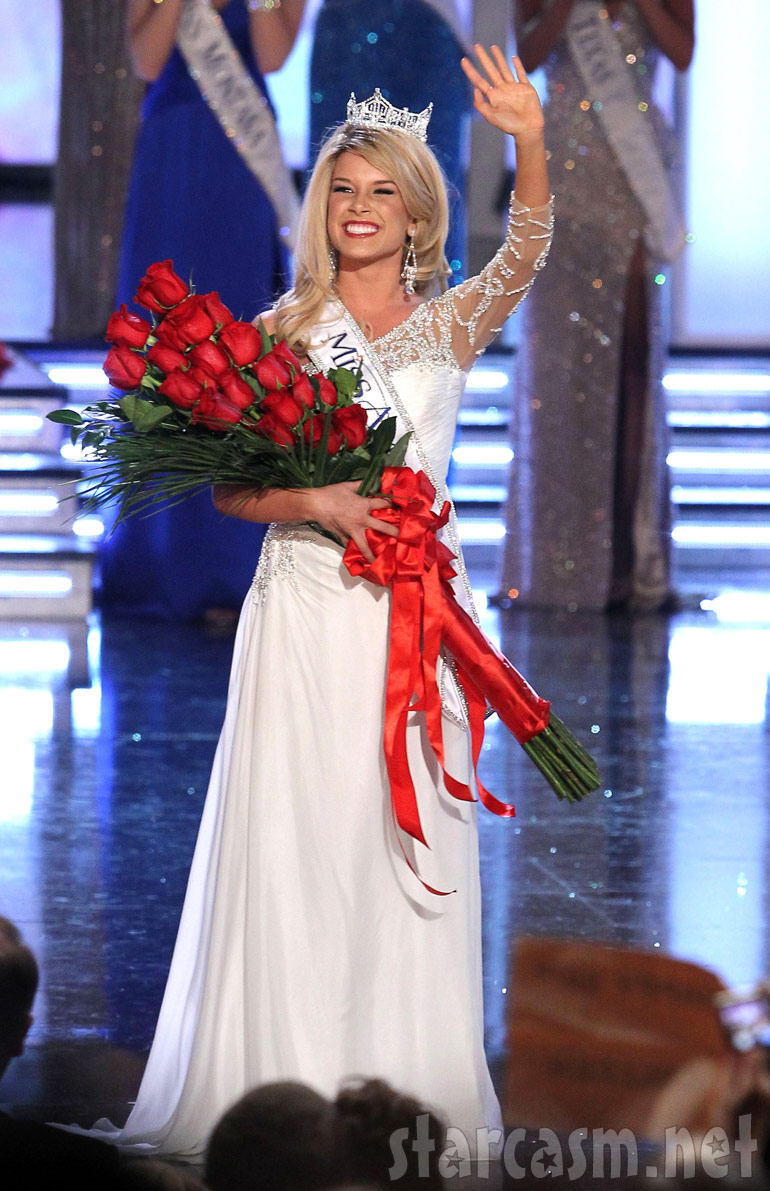 Last night at the Planet Hollywood casino-resort in Las Vegas Miss Nebraska Teresa Scanlan became the youngest woman to ever win the Miss America crown at the tender age of just 17! She is also the first representative from the Cornhusker State to bring home the title in the pageant’s 90 year history. (Click photo above to enlarge)

Here is a video of Teresa Scanlan’s crowning moment from the 2011 Miss America pageant:

In addition to the title, Teresa also walks away with a $50,000 scholarship which she will be able to use when she returns to Virginia’s Patrick Henry College to pursue a law degree and a career in politics. (She says that she will defer her enrollment until after her reign as Miss America is over.)

And speaking of her future career in politics, she tells the AP, “At this point, attorneys and politicians are looked down on and have terrible reputations for being greedy and power hungry and I really think it’s important for people who have their heart and mind in the right place get into those powerful positions.” 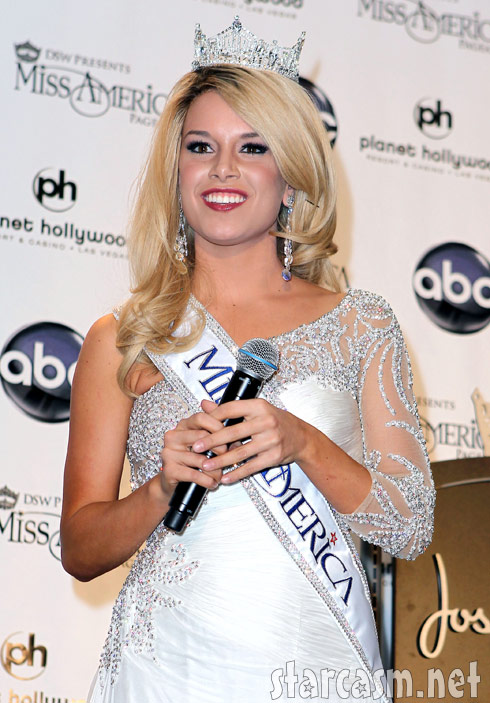 The Gerig, Nebraska native performed “White Water Chopped Sticks” at the piano wearing a red flowing, full-length gown and answered a difficult question about the Wikileaks scandal by telling the audience and judges, “You know when it came to that situation, it was actually based on espionage, and when it comes to the security of our nation, we have to focus on security first and then people’s right to know, because it’s so important that everybody who’s in our borders is safe and so we can’t let things like that happen, and they must be handled properly.” 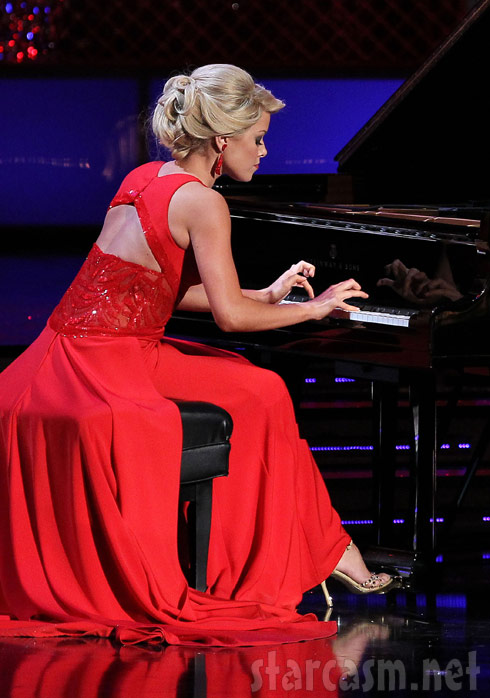 Here is a video of Teresa Scanlan from Miss America used for the online voting portion of the competition:

Rounding out the post are a lot more photos of your 2011 Miss America Teresa Scanlan including a fun shot of her in the annual Parade of Shoes: 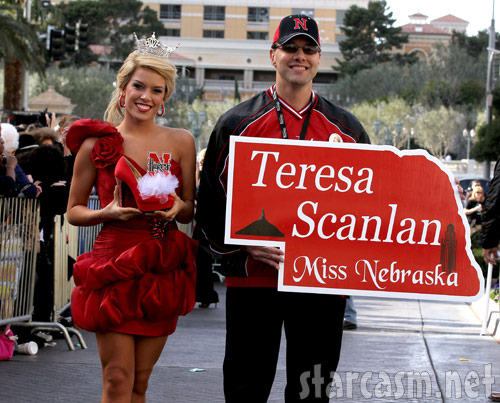 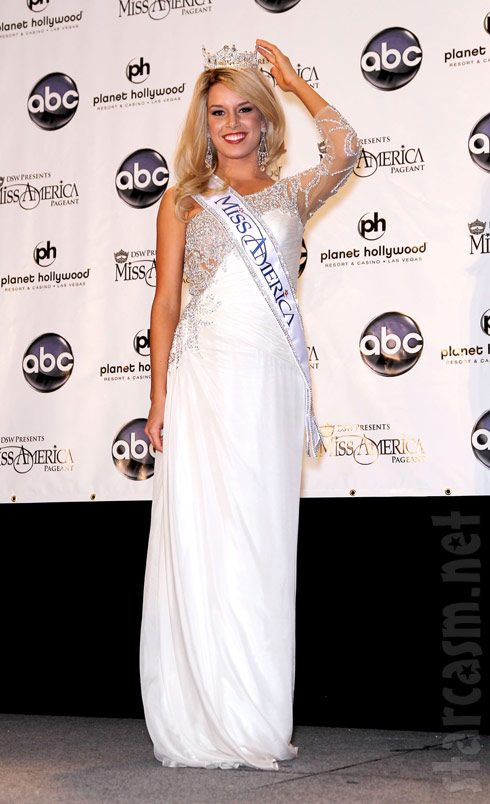 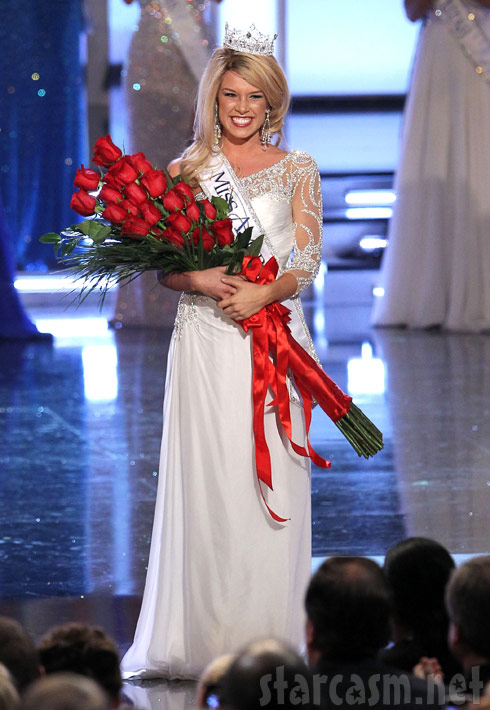 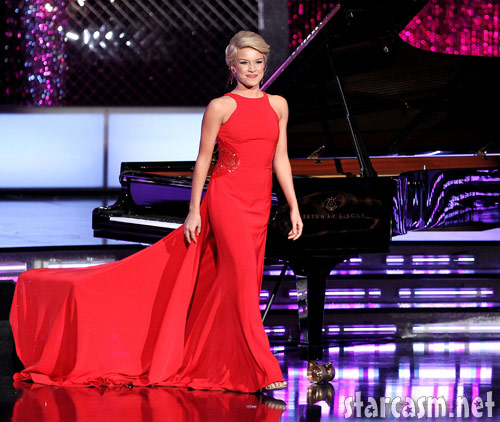 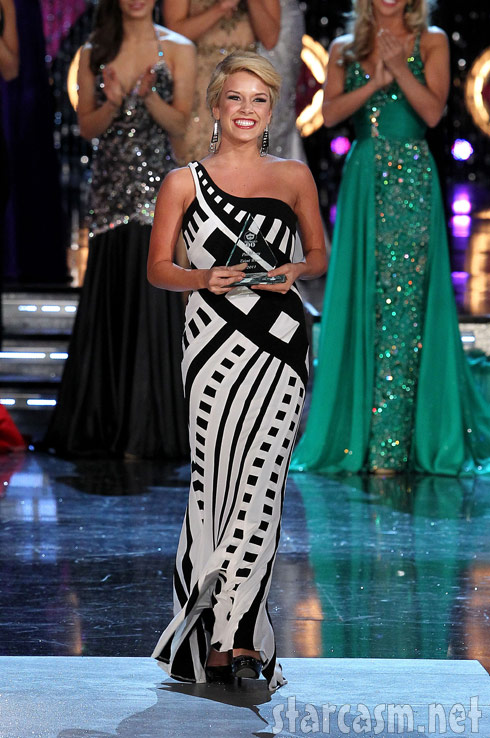