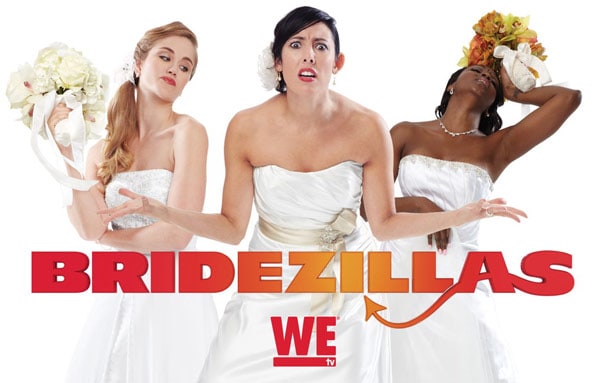 Reality show phenomenon Bridezillas is taking a cue from its 400-ft reptilian inspiration with a complete makeover and reboot! WE tv has just announced they are reviving the nuptial horror franchise with ten brand new hour-long episodes!

WE tv president Marc Juris commented on the announcement by giving the network’s fan favorite series mad props. “From the beginning, Bridezillas was nothing short of pop culture phenomenon and a brand-defining show for WE tv,” he says. “Years after saying goodbye to our last ‘Bridezilla,’ we have been asked consistently to bring this show back by viewers and fans.”

Given TV viewers’ thirst for drama and love of weddings, Juris knows that the reboot could be a huge hit for the network. “With its built-in fanbase and continued cultural relevance, the Bridezillas franchise is a strategic growth asset that we can leverage across our business and we are thrilled to be bringing it back to WE tv.”

More from the WE tv press release:

The wedding show that spawned a new television genre and became a cultural touchstone is returning to WE tv. The network announced today that it will reboot its long-running hit show Bridezillas, with 10 new hour-long episodes set to premiere next year. The original Bridezillas ended its run in 2013 after 10 seasons and launched spinoff series and hit WE tv franchise Marriage Boot Camp, which recently concluded its eighth season on WE tv. Casting is currently underway across the country for the 2018 series.

The series famously spotlights so-called ‘normal’ women who have turned into “Bridezillas” by their upcoming nuptials. Each episode will follow two hilariously unhinged brides as they hurtle toward the altar. We meet the brides and their grooms, learn their backgrounds, relationship histories, and see how the wedding has taken over their lives. As we move closer to the brides’ big day, tempers and tensions flare, the patience of loved ones is tested and monumental meltdowns become inevitable as our “Bridezillas” are pushed to the edge – all in the name of planning the “perfect” wedding. 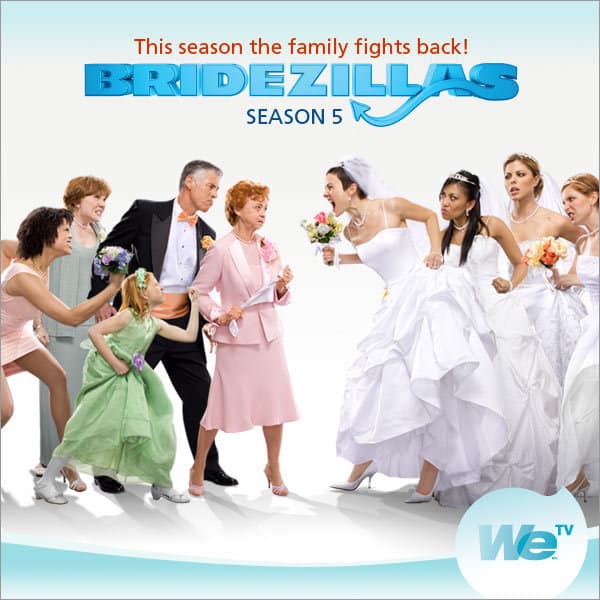 If you’re wondering how to apply to be on the new season of Bridezillas, I’m afraid I don’t have an answer for you. The show’s website has a casting page, but it is currently blank. I would recommend that you potential bridezillas out there looking to share your monsterrific pre-wedding transformation should keep refreshing that page.

I believe the Bridezillas reboot is a no brainer (in more ways than one lol) and will surely be a huge hit for WE tv. I am already imagining these spin-off series with other monstrous members of the wedding party:

And let’s not forget that since the last season of Bridezillas, gay marriage has been legalized across the country — which opens the door for some new kinds of brides! Or even multiple bridezillas at the same wedding!