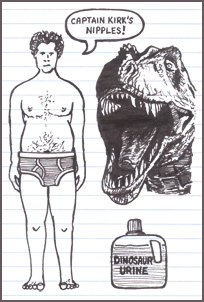 Will Ferrell’s Land of the Lost had a disappointing opening Friday, bringing in right at $6.8 million on Friday, with a projected $20 million for the weekend. That might not sound all that bad, but the movie cost Universal studios somewhere in the neighborhood of $100 million to make and they wanted a $30 million opening weekend to alleviate fears of having a financial bomb on their hands.

It’s a perfect storm working against the high-budget special effects comedy with two competing funny films opening the same weekend, both of which exceeding expectations at the box office. The Hangover (read the starcasm review) is bringing in the R-rated older crowd with a projected opening weekend of $50 million while Pixar’s Up is drawing in the families with a projected $45 million opening weekend.

But, the biggest thing working against Julaughic Park is the negative buzz and really bad reviews. A common complaint among critics is that the movie doesn’t have a target audience – there are a number of very adult situations and jokes while at the same time the movie spends a lot of time rehashing poop and homo jokes well-suited for boys aged 10-16 years of age and that’s about it. Most agree the movie has its moments, but a few prehistoric reptiles, a Salvador Dalian pop culture desert landscape, a funny cameo by Today‘s Matt Lauer, the crutch of being a remake of a campy cult favorite and Will Ferrell being Will Ferrell weren’t enough to overcome a poor script and the overall lack of vision the project suffered from. Here are some of the best of the worst reviews of Land of the Lost on the web – a showcase of witty snark that reads like a long strand of barbed wire:

This dramatically, thematically and artistically bankrupt comic fantasy cost something in the neighborhood of $100 million to make & isn’t worth the celluloid it’s printed on.
The Wall Street Journal

Will Ferrell’s terminally stupid, sloppy, campy and cheesy — and thoroughly unexciting and unfunny — experiment in “family entertainment.” … To report that Matt Lauer, in two lengthy scenes as himself, gives the funniest performance in Land of the Lost is to damn it with the faintest praise possible.
New York Post

The only discernible intention in Land of the Lost , the latest comedy starring Will Ferrell acting like Will Ferrell, seems to have been to take a slight idea and make the least of it in a very expensive way…If it weren’t for the welcome anomaly of his Stranger than Fiction (2006), you get a depressing suspicion [Will Ferrell]’s modelling his career on Chevy Chase.
The Globe and Mail 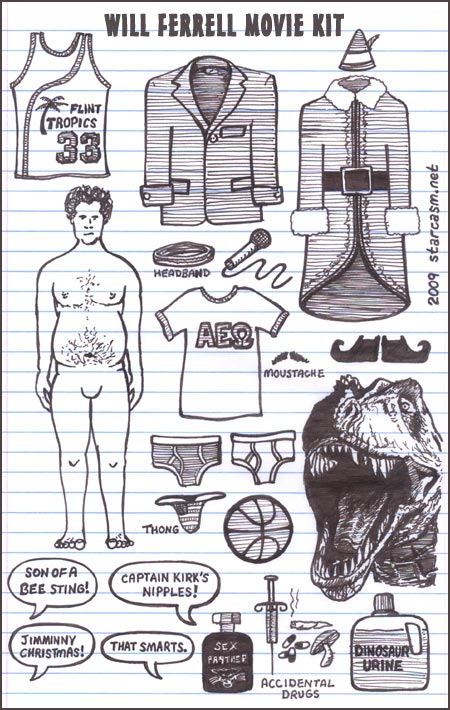 Land of the Lost is, unfortunately, a perfect example of studio bloat: It’s all noise and flash and chaos, but it lacks virtually everything that made the original television series so memorable.
The Austin Chronicle

Like its characters, the film keeps getting lost too, stumbling as it struggles to keep kids and adults from squirming in their seats.
LA Times

Land of the Lost becomes an endurance test — one that’s too borderline bawdy for families and too dull and rote for anyone over 15. Who, exactly, is the intended audience for this drivel?
Miami Herald

The result is a movie with an exceedingly narrow target audience that should test Will Ferrell’s appeal among boys maybe ages 12-14 — about the only demo likely able to endure this laborious mess.
Variety

Lame sketch comedy, an uninspired performance from Will Ferrell and an overall failure of the imagination turn Brad Silberling’s Land of the Lost into a lethargic meander through a wilderness of misfiring gags.
Hollywood Reporter

It’s all so resolutely uninspired that even the kids in the audience may want to duck out. Grade: D+
Christian Science Monitor

It doesn’t help that neither Ferrell nor McBride bring their best material, with McBride offering yet another variation on an angry redneck, and Ferrell falling back on Ron Burgundy-like bluster and nonsense exclamations. They’re two unpredictable talents at their most predictable, and the dull action and half-assed story hardly make up for the deflated comedy. So who is this movie for? Maybe it isn’t for anyone.
A.V. Club

A turd of T-Rex proportions, Land of the Lost makes one remember last summer’s Speed Racer fondly … I have often said that if I ever walk out on a movie, it won’t be something truly awful, but one that stagnates in the belly of mediocrity. I nearly walked out on Land of the Lost. A part of me wishes I had done so.
Reel Views

Genially terrible, Lost is lazy, sloppy multiplex filler, good for a few solid giggles and not much more … that’s what you get with megastar “SNL” comedy grads like Ferrell and Mike Myers and, at his weakest, Adam Sandler: the proudly smug assumption that boner jokes, bad ’70s songs, and computer graphics are all you need to separate summer audiences from their money. That may be true, but Sid and Marty Krofft deserve better and so do you.
Boston.com

Like so many nominally child-oriented movies these days, Land of the Lost gets its knickers in such a twist trying to curry favor with several demographics at once — gross-out gags for the nippers, scary dinosaurs for the pimply boys, and a modicum of wit to keep parental bums in seats — that it ends up sagging into a pleasantly undistinguished pudding.
L.A. Weekly

The movie’s wafer-thin plot is just an excuse for Ferrell, McBride and Jorma Taccone (as Chaka) to drag out the boob, dino pee and narcotic-fruit-juice jokes. Almost every gag is a notch too spacey and a minute too long.
San Francisco Chronicle

The film appears ambivalent about whether it wants to embrace to low-budget camp of the original or use that big budget and instead it just looks like an expensive-but-still-kind-of-crappy version of the original.
Collider.com

Land of the Lost, starring Will Ferrell, Danny McBride, and Anna Friel, is horribly conceived, almost entirely laugh-free, and with absolutely no personality of its own. It’s one of the most inert, dull, and dead-on-arrival major summer films in a very long time with no target audience likely to be satisfied by it.
Hollywood Chicago

Here are a few giggles and a couple of clever set pieces, but otherwise it’s just an aimless romp lost in the land of juvenile humor and missed opportunities.
Seattle Post Globe

On the Granger Movie Gauge of 1 to 10, Land of the Lost is a tiresome, time-warped 2. The title says it all.
Susan Granger

It’s hardly worth explaining the story, since Chris Henchy (“Entourage”) and Dennis McNicholas (“Saturday Night Live”) hardly wrote one. Instead, we get dinosaur-poop jokes, stale pop-culture references (“A Chorus Line” provides a running gag) and Jorma Taccone as the ape-man Chaka, who exists mainly to grope Holly.
Newsday.com

Based on a near-forgotten low-fi TV show, the movie pushes its bad special effects and downright terrible costumes at the viewer as part of the joke. So what? The humor in that lasts about three seconds. After which, you’re stuck watching a cliché-ridden, bad special-effects riddled, lazy, just plain stupid movie that’s not only not worth your money but certainly not worth your time.
Detroit News