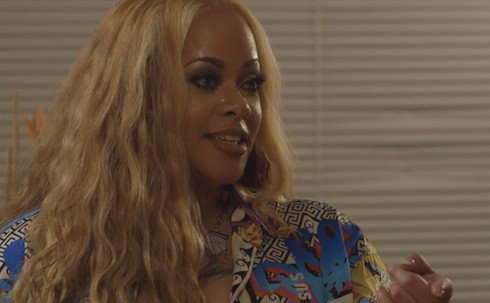 The revelation of Stevie J’s baby mama is probably the only logical conclusion to what has been the most tumultuous month in the producer’s drama-filled time on Love and Hip Hop Atlanta. Stevie, who is currently locked in the middle of an extraordinarily bitter social media war with soon-to-be-ex-wife Joseline Hernandez, now has to deal with the emergence of an old flame…who says she’s got some big news about the child she birthed after she and Stevie J had their frolic together.

First, though, here’s the agonizingly brief teaser clip VH1 has released of Stevie, Mimi Faust, and the baby mama’s meeting, which will of course be shown in full when the newest episode of Love & Hip Hop Atlanta Season 5 airs tomorrow night:

So–what’s this woman’s deal, and is she for real? Devoteés of the show will recall that rumors about Stevie J’s baby mama first flared up three years ago, when a VladTV article appeared to break the story of Promise B Mae–the stage name of Cierra Washington, a singer from Sacramento–becoming pregnant as the result of a torrid affair with the Stevester. (Recall that Stevie was married to Joseline at the time, as far as anybody knew; remember also that last week Stevie J claimed he’d never actually been married to Joseline while the two hurled insults at each other.)

Then, in August of 2014, reports emerged that Cierra had actually given birth to the rumored child, despite stories that she’d been planning to get an abortion. (Love and Hip Hop fans know very well that the abortion fake-out is one of the franchise’s favorite plot devices.) Cierra herself declared that she’d given birth, saying–among other things–”Yes it is official I did have a baby by Stevie J. We are actually co-parenting very well….I have had complications with pregnancy in the past [and] I was put on bed rest my whole pregnancy…so I [said I’d had an abortion] in order for my child to get here safe and sound without all the f*ckery of social media.” 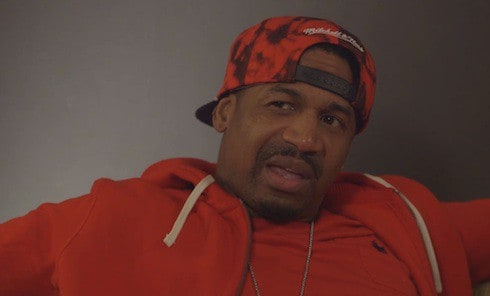 But how did the two hook up? How did Cierra “Promise B Mae” Washington become Stevie J’s baby mama? A recent four-part tell-all by Reality Wives appears to shed light on the confusing (and tantalizing!) situation. You can check out the entire lengthy breakdown starting here. A heavily condensed version, taken from all four parts, is as follows. Get yourself a cool, refreshing drink, and then settle in for this read:

…It was an instant connection his voice on the phone or shall I say his phone voice was way different from what you hear and what you see on TV I mean he literally made me melt to the point where I used to play with myself while talking on the phone with him one time he caught me, he said “I notice a difference in your voice what are you doing over there on the other side of the phone?”…So a couple days later he flew me out to Georgia, it was more so the outskirts of Atlanta, when he picked me up at the airport he pulled up in a limo and had a dozen of roses (with his charming ass) the limo driver got out the car to put my bag in the trunk but Stevie told him no, and he did it for me instead. Once we were in the car he instantly popped a bottle of Moet and poured me a glass and one for his self….So of course we finally get to the hotel and I was expecting rose petals on the bed, in the tub, all that but NOPE it wasn’t, silly me huh lol. but what he did have was a big ol bag of junk food and a list of movies to watch…So I said it seems like a lot of male musicians find women to be their artist and wife them up is that what you’re doing with Miss Hernandez and he laughed nonchalantly and said and I quote:

“Miss Hernandez is just my money maker, nothing more, nothing less. She doesn’t have a snowball’s chance in hell to be successful as a music artist, but I will lead her to believe she will, to get what I want out of her.”

And of course I didn’t believe him but I just nodded my head and said ok, so the remainder of the night went very well we watched movies all night and ate junk food until our stomachs hurt we stayed up almost until the Sun came up, bout time we close our eyes it was check out time and he was taking me back to the airport, we barely spoke to each other the whole night just simply enjoyed each others company, we didn’t even have sex, he didn’t even try me not one time…So fast forward about a week or so later he flew me back out to Georgia this time we were in the Atlanta area which seemed a little different to me because last time we weren’t in the Atlanta area as if he was trying to keep me on the hideout but we was all up in through Atlanta….And finally on the second night is when i had the best sex of my entire life he can go all night and when I say all night I literally mean all night we saw the Sun come up & I was sore and i was swollen I was literally beat up, now to be honest he has to take some type of Viagra or something cuz I still can’t believe somebody can have sex for hours and hours and hours…

And I’m not going to lie I wanted to give up and tap out but I couldn’t I couldn’t show my weakness I had to hang in there I felt like I was literally in a boxing ring with Mayweather and I had to show him what I got I couldn’t be no punk I mean come on now he can have whoever he wants but he’s with me right now so I had to give him all I had and I did and he loved it and I love it. beefcake really strong he’s definitely a deep stroker, I remember at one point he said I love the way your a$$ jiggles when I’m hitting it from the back in my head I was thinking I guess miss Hernandez booty doesn’t move at all with all that silicone or a$$ shots whatever you want to call it but he was just trying to boost my ego stroke my ego and it was working everything was working everything was perfect I mean his sh!t fit perfectly like a glove the penetration was insane, crazy I mean stupid retarded, and ladies I’m just going to keep it all the way real it was that type of sex that you just start crying because it’s so good and I officially fell in love…

On that note: Love and Hip Hop Atlanta Season 5 continues its crash course of endless drama Monday nights at 8 PM on VH1.

RELATED ARTICLES: Stevie J and Joseline shade the ever-loving hell out of each other in LHHATL meltdown

VIDEO: Mimi Faust admits she was ‘smiling’ as Joseline broke down over Stevie J’s affair