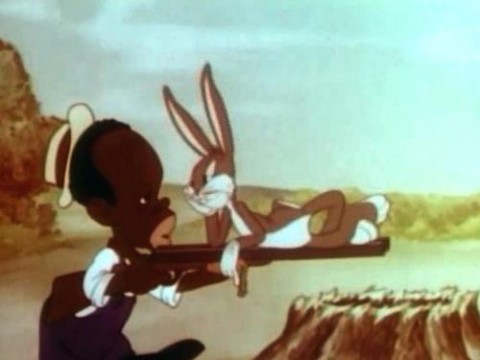 Back in 1968 the distributor for Associated Artists Productions pulled 11 now infamous Looney Tunes and Merry Melodies animated cartoons that were deemed too racist for TV due to their negative stereotypes and portrayals of African Americans.  Since that decision these cartoons have never been rebroadcast on television or redistributed in any other form to the public.

Toonzone was in attendance at New York Comic Con over the weekend and discovered somewhat haphazardly that Warner Brothers would indeed be releasing the Censored Eleven via their archive completely UNcensored in 2011. The Warner rep manning the archive booth also mentioned that these were the most requested titles from their vaults.  This decision reverses a 40 plus year policy of the various owners in regards to these historic cartoons.

About the Censored Eleven:

So what was it about these cartoons that caused them to be pulled and barred from the public for so long? Lets take a look at the infamous too racist for TV cartoons in question beginning with a chronological list:

Hittin’ the Trail for Hallelujah Land (1931, directed by Rudolf Ising)

All This and Rabbit Stew (1941, directed by Tex Avery)

Goldilocks and the Jivin’ Bears (1944, directed by Friz Freleng)

It has been a long-standing practice for cartoons of this era (40’s – 30’s) to receive selective editing of recurring offensive themes for rebroadcast.  A good example of this would be the very popular cat and mouse series Tom and Jerry.  A frequent gag used during the original production was to have a character turn into black face following an explosion or automobile backfire etc.  Scenes like this would be singled out and cut to make the cartoon more palatable for censors and viewers.  However, with the above list of eleven cartoons racist themes were deemed so pervasive that there was simply no way to get around the content.  It was concluded that nothing could ever be done to make these acceptable for distribution.

In a collection released by Warner Brothers for the “Looney Tunes Golden Era Collection” some of the toons from this era, but not the “Censored Eleven,” were included unedited.  A foreword by Whoopi Goldberg warned viewers of some of the offensive material.  In part she stated:

“Although the behavior was and is not acceptable – the cartoons depicting this are a vital part of history, and should not be forgotten.”

In April of 2010 eight of the the eleven cartoons were shown at the Egyptian Theatre in Hollywood in original 35mm format as part of TCM’s Classic Film Festival.  Film historian Donald Bogle, who has written a number of books on African American stereotypes, hosted the event.

I was able to hunt down all of the Censored Eleven animated shorts and have assembled them here if you’re interested in understanding first hand exactly why you didn’t get home from school and see THESE on your TV:

Hittin’ the Trail For Hallelujah Land:

The Isle of Pingo Pongo:

All This and Rabbit Stew:

Goldilocks and the Jivin’ Bears:

So what is your opinion in regards to Warner Brothers’ decision to finally open up their vaults and make the “Censored Eleven” available for purchase.  Is this a money grab?  Should they have just continued shelving these cartoons as has been the decades long policy?  Do you think it’s the right move and that the airing of these works helps put into context the historical and social culture of the times in America during which these were created?