30 Rock and Rock of Ages star Alec Baldwin (54) married his yoga instructor Hilaria Thomas (28) over the weekend. I’m guessing that marrying your yoga instructor is kind of like the new marrying your nanny but hey love is love and I ain’t hating! It’s not like he’s twice her age or anything (well almost).

Baldwin got a little frisky about a week back with some photogs and recently stated that he wanted to, “stick a knife” in TMZ’s Harvey Levin after the site released recordings of the actor leaving some seriously heated voice mails to his daughter. All of this was after he got belligerent when a flight attendant asked him to quit playing Words With Friends. I don’t know if Alec is quite getting the concept of yoga as defined by Webster’s:

…a system of physical postures, breathing techniques, and meditation derived from Yoga but often practiced independently especially in Western cultures to promote bodily or mental control and well-being

In order to help Baldwin calm down and for the rest of us to have a better understanding as to what caused Alec’s heart to go all aflutter, here is a series of 4 videos that feature Hilaria bending, stretching and flexing her young body to attain inner peace.

Thomas is a power yoga instructor and co-owner of New York’s Yoga Vida. Join along and strengthen your glutes, thighs, hamstrings and arms or just give a ye olde slow clap for Alec having married Hilaria and Kim Basinger.

Baldwin tweeted Emily Dickinson before his nuptials because that’s what you do when you’re marrying your lovely yoga instructor I would assume. “Was bridal e’er like this? A paradise, the host, And cherubim and seraphim The most familiar guest.” 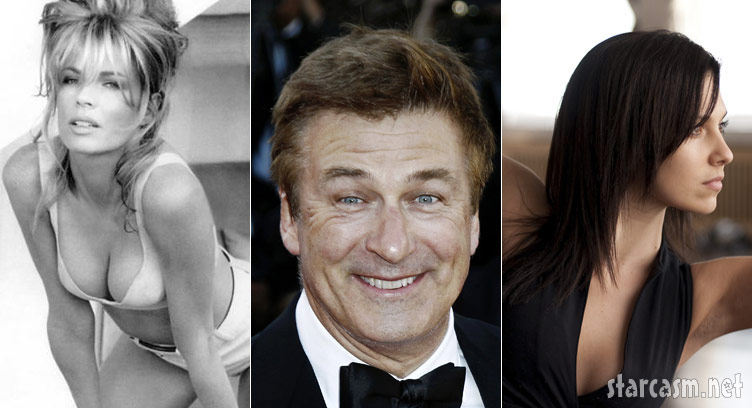