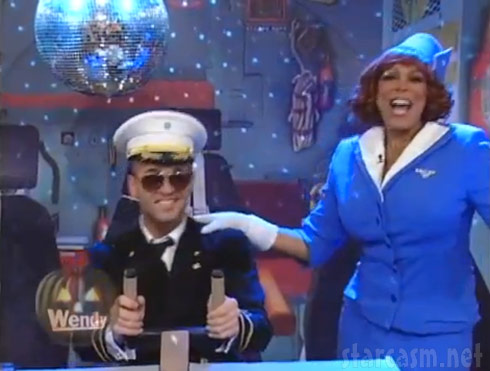 Jersey Shore‘s Mike “The Situation”Sorrentino was a guest on The Wendy Williams Show today and the 29-year-old wallbanger joined Wendy in a hilarious skit that redefined Gym, Tan, Laundry as Gym, Tan, Laughter!

In the skit The Situation wears a Captain’s uniform and pilots a jet for Air New Jersey while Wendy Williams assists in her awesome Pan Am stewardess costume:

The Situation did great dontcha think? He even managed to slip in a nice plug for Devotion Vodka, because life is too short for average vodka, so let Devotion raise you to the next level. D’oh! He did it again! (I think I should get a free bottle for that plug, don’t you? Ain’t no party like a ‘casm party!!!)

Here’s a look at Wendy’s costume courtesy of WendyShow.com with all the specs just after: 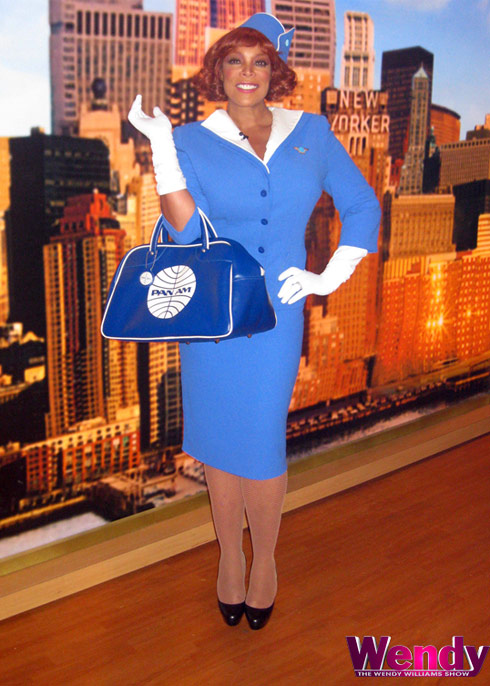 Wendy’s Pan Am costume was provided by Camilla Huey from House of Execution.

The brown cheetah “Felice” reading glasses are by Kate Spade.

“Milking” is the new planking, says the internet