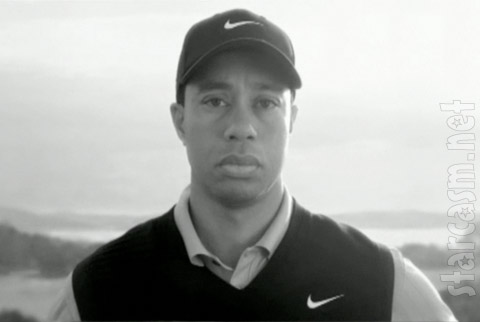 Nike has decided to stand by their man Tiger Woods and keep the dilly-dallying spokesman on their payroll. Their first commercial effort since Tiger ran his SUV into the mistress tree and all those young hotties fell out is a creepy artsy fartsy affair using the voice of Tiger’s dead father Earl Woods and a silent, seemingly sad and remorseful black and white Tiger decked out in swooshes:

Okay, that was really really dumb and downright awkward. In case your ears started bleeding from confusion, here is what Earl Woods says:

I’m getting a bad feeling about Tiger’s return to The Masters tomorrow. Today we’ve had yet another Tiger mistress emerge, 22-year-old Raychel Coudriet, who is the daughter of Tiger Woods’ neighbor Ray Coudriet and someone the lusty golfer has known since she was 14, and now we have a really creepy commercial forcing us to listen to the voice of a dead man and stare at the pitiful face of someone who looks like he’s cheated on his wife with numerous strippers, waitresses, neighbors and adult film stars and will inevitably do so again and again and again.

“Have you ever had a golden shower done to you”

“I want to treat you rough. Throw you around, spank and slap you … Slap your face. Treat you like a dirty little wh___. Put my c___ in your a__ and then shove it down your throat”

I just don’t know if that guy should be selling shoes. On the other hand, has there ever been anyone that better exemplified the motto “Just Do It?”

Maybe the commercial should have been more like this: 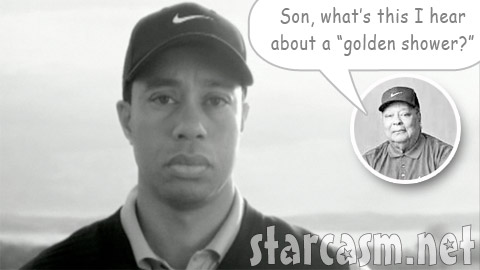