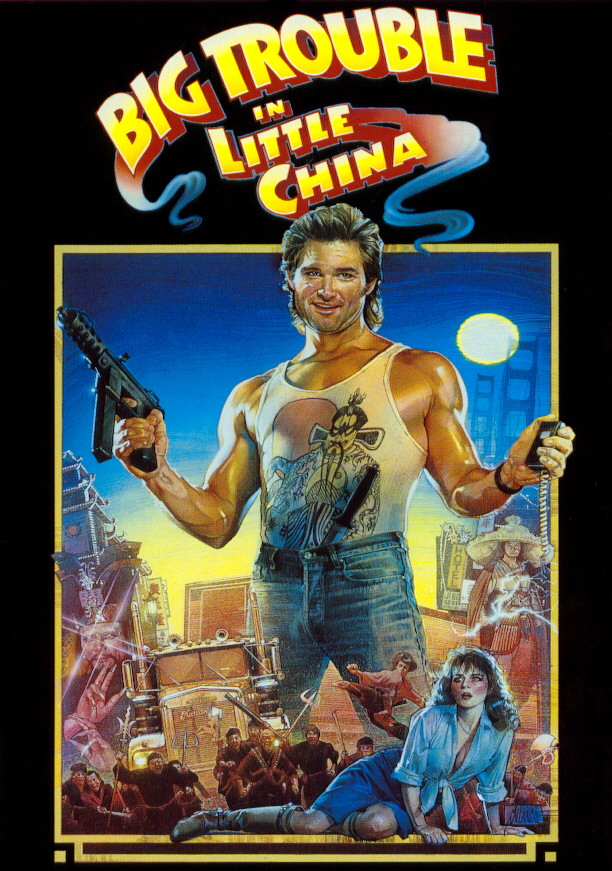 YES! I have waited my entire blog-career for an excuse to do a post about the most flawless and perfectly bad film ever made. In 1986 director John Carpenter unleashed Kurt Russell as trucker Jack Burton on to the mythical landscape of Chinatown. Big Trouble In Little China became unquestionably the most bad ass film to feature one of the gals from Sex and the City and the rest, as they say, is cinematic history.

Well maybe it isn’t history because some wise YouTube sleuth pieced together clips from the film and has come to the conclusion that it is highly possible that Kurt Russell was never provided a script for the film! Watch the following 2 minutes of archived footage and see if you agree with the assessment:

Does this mean that they might go back and take away Kurt’s Oscar for his Early Cuyler hat stylin’ role as Burton? Wait a damn minute. Where am I because apparently he got shafted out of the award!?! Who the hell won that thing!?! Paul Newman in The Color of Money took the prize? What alternate world am I living in!?!

At least there will be no messing with BTILC’s Oscar for best film of 1986. What are you trying to tell me!?! Are you saying it didn’t win!?! What film won because I have no clue what’s happening here!?! Platoon!?! A Charlie Sheen vehicle was the best freaking film of an entire year!?! What planet am I living on!?!