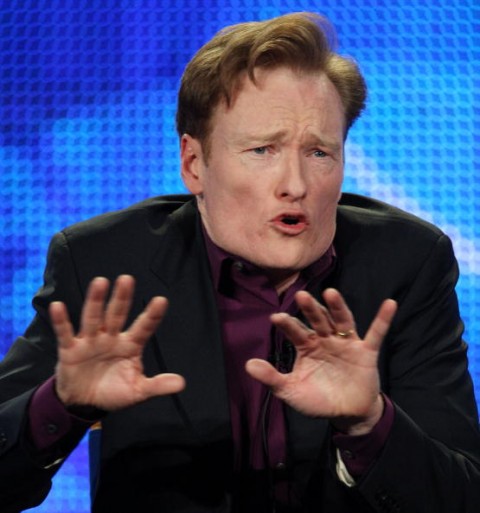 As innuendo and uncertainty float around the Tonight Show and the Conan O’Brien team fights to retain legal rights to some of their most classic skits (looks like they’re losing), we wanted to look back at our top ten Conan sketches we want to see again at FOX , FX, CW, or the Home Shopping Network, wherever Conan ends up.

Here’s some of our favorite Conan O’Brien sketches from his over 16 years at NBC:

10. Conan’s Ford Taurus
Conan loved his car, a green 1992 Ford Taurus SHO. He went to the extreme of having Sotheby’s and Christie’s auction houses appraise the value. It was amazing that he had the exact car you would imagine him driving.

9. Hanging Out With Jordan Schlansky
All the shows were struggling during the 2007-2008 writer’s strike. One of Conan’s ideas was to interview an Associate Producer of the show one Mr. Jordan Schlansky who was completely unfazed by anything, no matter how outrageous, that Conan did. You could tell Conan was having a blast, amazed like the rest of us at how unflappable Mr. Schlansky was.

8. Celebrity Secrets
Secrets is a beautifully ridiculous premise. Random celebrities would be in a room that looked like an interrogation cell smoking and or drinking hard liquor revealing some unknown secret about themselves. CLICK HERE to read Billy Joel’s secrets.

7. Desk Driving
Conan makes his desk a vehicle with the help of a little green screen magic.

6. If They Mated
Simple but great. Take two celebrities (usually dating or rumored to be dating) and combine their photo to get an idea of what their offspring might look like someday.

4. Triumph The Insult Comic Dog
Robert Smigel’s glorious creation exploded into our hearts and minds on Conan’s show. He was an instant and glorious legend, for us to poop on! Highlights were the Westminster visits, these still make our chin drop.

Here’s Triumph on his game at Star Wars: Attack of the Clones premeire:

And just in case you’re curious about the man behind the curtain, here’s footage of Triumph’s puppet-master Robert Smigel:

2. In the Year 2000/3000
Can’t you hear it, Richie “La Bamba” Rosemburg’s falsetto voice singing “In the year twoooo- thouuuuuusannnnnnnnnnnnnnnnnd”? When Conan moved over to the Tonight Show he change it to 3,000 (the year two thousand had long passed). It was still real funny.

1. The Walker Texas Ranger Lever
Anyone that has ever worked at a desk should have one of these. This should be an amendment in the Constitution. Who knew that the funniest random thing of all time were short clips of Walker Texas Ranger? Conan that’s who!

So that’s our “in honor of Coco” list, we would love to see yours.