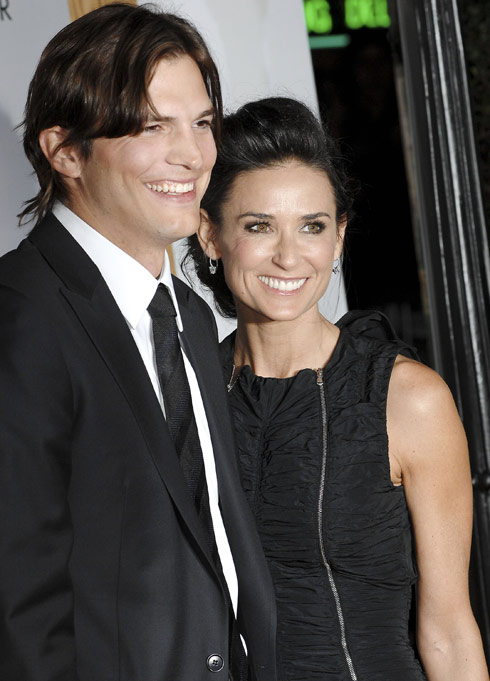 Let this be a lesson to celebrities who are hangin’ in Brazil. DO NOT make the paparazzi wait or you will get you celeb backsides booed relentlessly!  Such is the case for Ashton Kutcher and Demi Moore as the two arrived 3-hours late for a fashion show in Sao Paolo.  Considering that the whole event was postponed until the two arrived I’m assuming they were the headliners.

Here’s the fantastic video of a weird combination of angry photographers who still take their pics and Ashton and Demi as they look befuddled and a little intimidated but still manage to smile.  When in Rome they say, well when in Brazil you grin and bear it folks:

Kutcher later had the guts to make an appearance with designer Jeziel Moraes on the catwalk.  I guess he called on his extensive male modeling experience to save face after that embarrassing arrival.