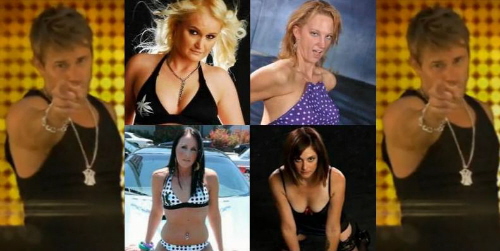 Robert James Hoffman III, a.k.a. Punch Robert has a little something to say to all you MySpace and Facebook models out there.  Stop it!  Punch Robert is back at it following his really funny Urban Ninja videos with a mock up of all those not so pretty young things who front as models on social networking sites.  The song title speaks for itself: “That Doesn’t Make You a Model.”

Here it is in all its glory (and a little bit of adult language) followed by the full lyrics:

Punch Robert – “That Doesn’t Make You a Model”

Girl, this goes out to all you MySpace models.  You know who you are.  You got them picture photos talking about model but you ain’t never really modeled before.  Got the word Barbie somewhere in your url but you don’t look nothing like Barbie and you got that picture on your profile talking about, “Don’t hate me cuz I’m beautiful.”  We don’t hate you because you’re beautiful girl, we hate you for having that stupid as* sign on your profile.

A belly crease cross eyed looking alien faced raw tiger faced. You never seen Adriana Lima pucker her lips to the side and make a peace sign, that’s MySpace face. You ain’t posing girl, that ain’t it girl. You’re just trying to hide your skinny as* lips girl. Just because you were on a Princess Jasmine float when you were nine, did someone punch you in the face baby you ain’t fine. Using Photoshop to add that YSL design unless that supposed to stand for, “yo somebody lied.”

Being hot will get you attention girl. But not being batsh*t out of your fu****g mind crazy will get you respect. 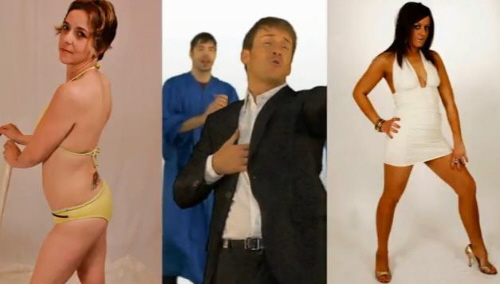 Hoffman III started as a dancer but exploded into notoriety with his YouTube videos.  You can find out about all things Punch Robert via his entertaining website here.

VIDEO – Vicki Gunvalson flirts at a bowling alley, did she cheat on Donn?