Who is that man driving around Jennifer Aniston and is that man her new man?  His name is Chris Gartin and for what it’s worth OK Magazine is citing sources that confirm the two are an item.  The above photo was taken on Thursday night as the two left the Sunset Tower Hotel after having dinner together.

Chris Gartin, 42, is an actor from NYC that has a long and established list of roles and performances according to his profile at IMDB.  X17 is reporting that Jennifer’s BFF and former Friends co-star Courtney Cox hooked the two up. In the article you see Courtney standing beside her SUV with an I “heart” Chris Gartin bumper sticker!

Here is a video from X17 of the two hurrying away from the cameras:

After doing a little digging on Mr. Gartin, I was able to find the following PSA for the Oscar-winning Japanese dolphin documentary The Cove in which he is listed as a producer.  This PSA just happens to include guess who:  That’s right, Jennifer Aniston!  The PSA was posted back on April 21st and has had well over 300,000 views:

Here is a screen shot from the YouTube page that shows Gartin listed as a producer:

If the PSA has you interested in finding out more about the plight of the Japanese dolphins you can go to the takepart website here.  From the website they state their mission as:

The Cove exposes the slaughter of more than 20,000 dolphins and porpoises off the coast of Japan every year, and how their meat, containing toxic levels of mercury, is being sold as food in Japan and other parts of Asia, often labeled as whale meat. The majority of the world is not aware this is happening.  The focus of the Social Action Campaign for The Cove is to create worldwide awareness of this annual practice as well as the dangers of eating seafood contaminated with mercury and to pressure those in power to put an end to the slaughter. 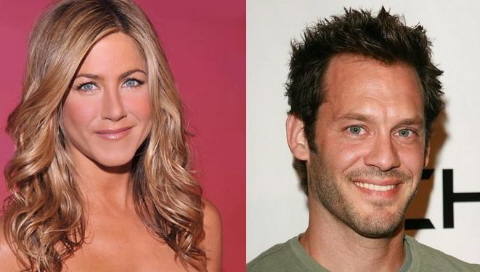 Could we have ourselves an animal-activist romance firing up between these two?  I bet Brad Pitt will never produce or star in anything in which he will be something important to the animal kingdom like a conservationist; oh wait.