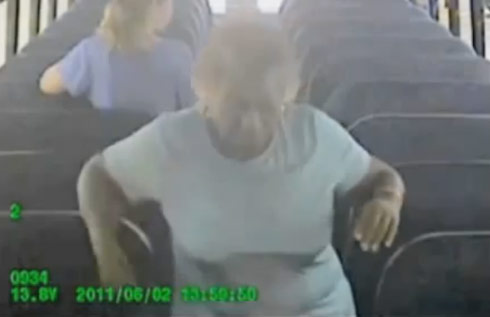 Hattie Yvonne Branch had been working as a school bus attendant since 2002 for Florida’s Polk County School System when she lost in on a young boy. In surveillance video just released from prosecutors it appears Hattie had enough of an ill-behaved 14-year-old as she’s seen hitting, pulling the hair of and even biting her victim.

Here’s the clip that is a little grainy but certainly provides a clear enough image of the insanity that went down on this school bus:

Man that got crazy quick! The footage, from June 2,  captures the 14-year-old boy cutting up and throwing a 5-year-old over a bus seat after school while the bus was parked and waiting for other students. The younger boy’s leg accidentally hit the 4’7″  Branch, who happened to be walking by. After this, the melee ensued with the bus driver repeatedly begging Branch to stop.

Branch told police that she was sorry the event took place but that she reacted out of fear because this same boy had been bullying her:

“I hate it’s happened, I really do. But he had set fear in me ’cause he was always threatening me, and every time he passed by me he tried to hit me in the face. And walk off and laugh.”

The Superintendent of Schools for Polk County stated that her behavior was unacceptable. Branch has been charged with one felony count of child abuse which could land her 5 years in prison.

I have to ask; if you believe Branch’s side of the story that this young boy had acted the way he had does this excuse her behavior at all in your opinion? 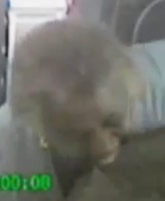