Tom Cruise and wife Katie Holmes are touring the globe in search of a country that likes Tom’s latest movie Valkyrie. The two have attended premieres in Korea, Germany and the UK and are already making plans for the upcoming debut in India. (Check out the E! Valkyrie World Tour gallery)

Sadly, it seems that Cruise’s performance hasn’t translated well in any language, and the poor reviews continue to pour in. Franz von Stauffenberg, a relative of Count Claus von Stauffenberg (the main character in Valkyrie), tells a German newspaper that Tom was “terribly cautious, almost as if he were afraid of playing the role.” The professional German critics were even worse, including Berlin’s Der Tagesspiegel’s harsh words, “The uniform is correct, the truth is suffering.”

I think this is a clear indication that Tom Cruise should take a step back from film-making for a while. Perhaps he could concentrate on spreading the gospel of Scientology instead by starring in the television series CSIentology. 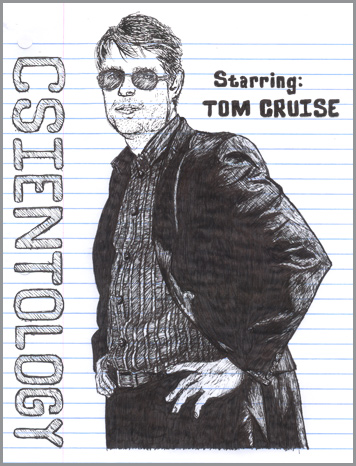 And wife Katie can do her part as well with a voice-over role as Smurfette in the upcoming Scientology-for-kids animated feature Battlefield Smurf. 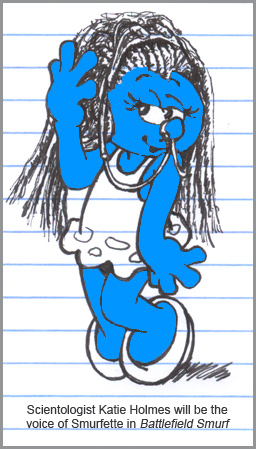 Tom Cruise and Cameron Diaz stroll through a French vineyard

Was Tom Cruise secretly taped during Scientology confessionals as a joke?