Just in case you missed it, Britney Spears’ over-exposed vuh-jay-jay made headlines again this week. Britney was performing Sunday night in Tampa and between songs, as she was being lowered down under the stage for a costume change, the audience heard her voice for the first time as she stated over the stadium’s sound system, “My [felis catus] is hanging out!”

Here’s a video of the incident. (Brit’s peeps seem to be doing a good job at keeping this video under wraps – unlike Brit’s kibbles and bits – so it may not be up long. If the video is gone, give a holla and I’ll see if I can’t find another)

Coworkers gathered around water coolers asked the question, “Did she have a wardrobe malfunction?” Clever gossip bloggers with a nerdy affinity for wordplay wondered, “Did Britney Spears’ lips sink?” Everyone can relax because thanks to the diligent efforts of the starcasm paperazzi I’ve learned the real story behind Britney’s outburst!

The reason was actually a confluence of two separate events, the first of which was an equipment mix up that gave Britney the wrong microphone. The mic on the right is her usual mic, the one on the left was the one she was mistakenly using on the fateful night in Tampa: 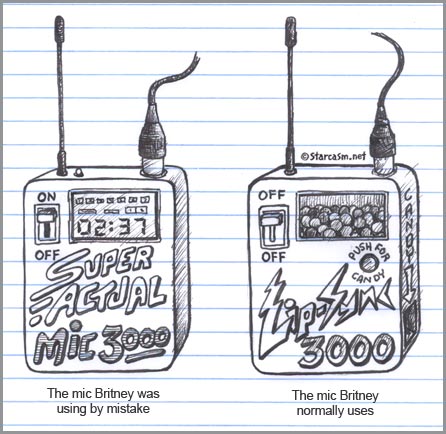 That explains why we heard her voice. This snapshot of her dressing room under the stage explains the other half of the conundrum – why she said what we heard: 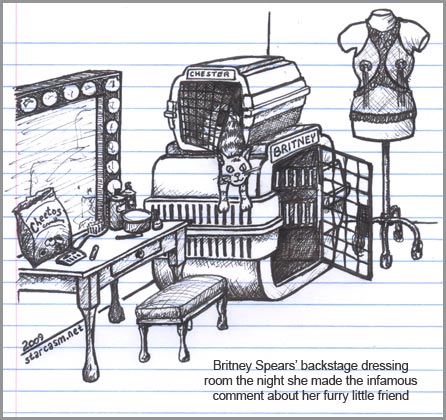 I did it! I wrote a post with multiple drawings, all about Britney’s señorita fajita and managed to keep it rated G! (Well, minus the video of course) I’m sure that doesn’t please most of the folks reading this, but for the parents out there that want a safe place on the internet for their children to read about Britney Spears exposing herself, I am tickled pink to be able to offer that option!

Now, for those of you 18 or over (or those of you under 18, but accompanied by a parent) here’s my brutally profane take on Britney’s labial vocal gaff: 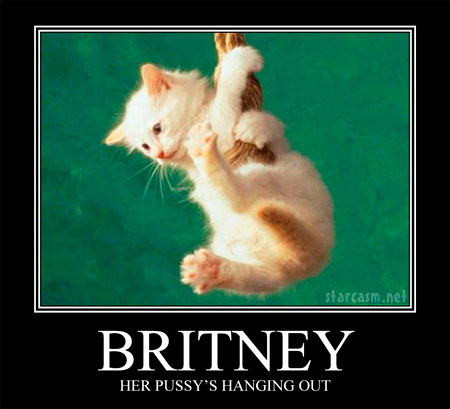