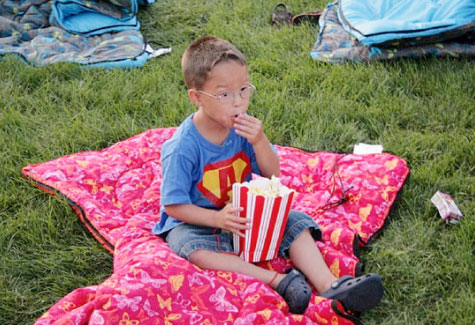 Ladies and gentlemen, the downward spiral has begun. If you haven’t been able to tell from my previous recaps of Jon and Kate Plus 8, then I find it my duty to inform you that this show is taking a long walk off a short cliff. The once-refreshing look into the everyday battles of a family trying to stand together against economic sorrows and emotional strain has become a predictable formula outside of the realm of the “real” family we once adored. It’s not that Jon and Kate aren’t together—divorce is a common enough factor in the American family—it’s that it’s downright boring. Let me give you the TOP SECRET equation that TLC obviously thinks is making the big ratings:

Someone needs to tell TLC that the batch of secret sauce has gone sour.

Let me give a little bit of advice speaking as a humble representative of TLC’s viewing public.

RED ALERT: We want reality, people. And nothing says reality like conflict. I know that keeping the kids isolated is a security issue, but part of what made J & K so great in the beginning was seeing a real family of 10 deal with real situations. Absolutely nothing interesting is going to happen in your backyard—quality television conflict isn’t struggling to dump the popcorn machine bucket that you had shipped to your backyard. No! We want to seek Kate take those kids to a movie theatre and duke it out with the other patrons. Well, even if we’re not asking for that much conflict, we at least want to see something more like a middle class lifestyle and less like “Lifestyles of the Rich and the Famous.” The only point of interest here? I’m inclined to suggest that Kate might slowly be losing her mind—she donned a fuzzy pink hat and talked to the kids in a squeaky cartoony voice. Oh wait, that’s probably predictable too.

Jon and Kate Plus Eight is coming to an end—anyone who has watched it from the beginning can see the difference from just last year. We can hope that these episodes will provide happy memories for a family that’s generously shared their lives with us—the beautiful and the ugly. It just seems time to take a step back and let them get on with the “real” living we all look for on reality television. At least that way we can hope for a special when the kids hit those tough teenage years.