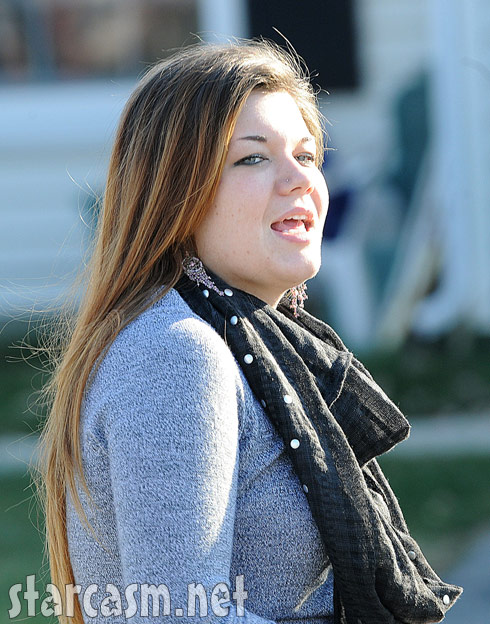 According to Hollywood Life the Teen Mom star, who recently was forced to reveal to a judge how much money MTV pays her, is bragging about how adult film powerhouse CEO Steven Hirsch has offered her a half-a-million dollars to star in one of his films.  Hirsch’s company, Vivid, is for once keeping the prospects of releasing a reality star based adult film tight lipped:

“We can’t comment on any discussions that we may or may not be having with Amber.”

I would write this off as complete speculation but the fact that it comes from a pretty reputable source in the form of Hollywood Life and the fact that they claim it’s Amber who’s bragging about the offer makes me believe that the negotiations certainly are possible.  If this is true and Amber accepts the deal what would immediately become important is who will step up and pay baby-daddy Gary Shirley NOT to appear in said film!

Being that Amber is currently caught up in a court case stemming from violent attacks that were partially aired on MTV I would be pretty surprised if she would do something that might further jeopardize her fight to keep custody of baby Leah.  Her bank from the show should be enough to pay her suits so I’m assuming they would advise her to seek alternate sources of income.