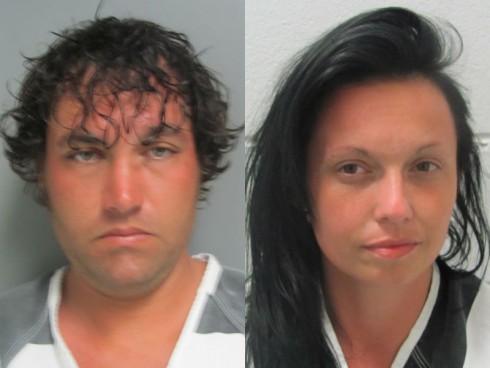 Was it worth it? Louisiana parents Cody and Monique Bourgeois were arrested after they left their 20-month-old daughter unattended on a beach for hours while they took a naked jog down the shoreline.

KPLC in Cameron Parish reports the little girl was found alone on the beach Tuesday morning. She was sunburnt and covered in mosquito stings. The family’s Ford Explorer, which was still running, was found two miles away…but the parents weren’t in sight.

Hours later, officers finally tracked down the nude couple in another part of the beach. They were charged with child desertion and obscenity, with a second-degree cruelty to a juvenile charge also possible. Child protective services are investigating, but the little girl is in the care of her paternal grandmother for now.

Not surprisingly, police said they believe the couple was under the influence of drugs other than endorphins.