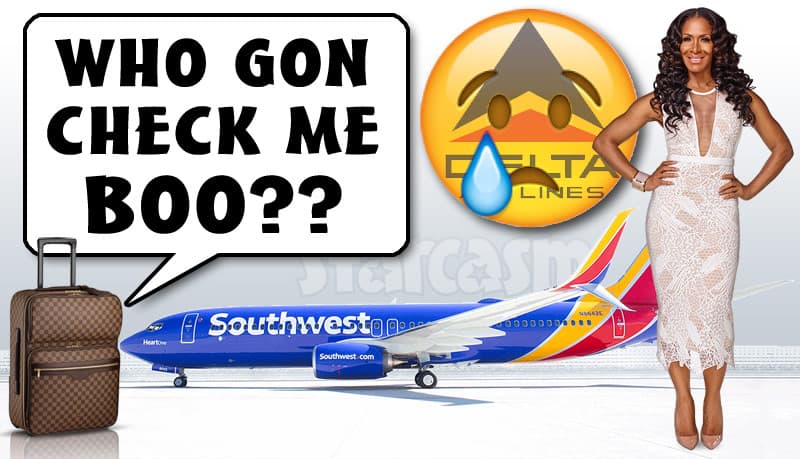 We have a contender for most shady corporate tweet of 2017 as Southwest Airlines responds to Sheree Whitfield’s beef with Delta Airlines on Twitter with Real Housewives of Atlantastic sass.

Sheree is currently during a lot of traveling while on a promotional tour for her new novel Wives, Fiancées and Side Chicks of Hotlanta, and she apparently had some issues with her recent Delta flight:

I can't believe the horrible experience I am having flying with @Delta. I have flown with you guys for years. #dissapointed #badbusiness

Southwest, which famously offers free checked bags, must monitor complaints against other airlines (or perhaps they are just fans of Sheree) because they were quick to respond with perfection:

@IamSheree You could use Southwest Hospitality! The 1st two #BagsFlyFree so you don't have to check them, boo! ^SC https://t.co/Rjif65a20A

Something tells me Sheree isn’t going to have to worry about paying for checked bags with Delta for the rest of her life.

After her racist cocaine rodeo remarks, NeNe Leakes wants a sitdown with Bravo