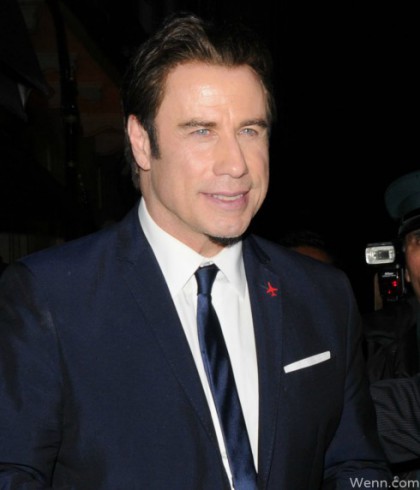 John Travolta continues to be one of the biggest proponents of the controversial religion Scientology. In the new HBO documentary Going Clear, former higher ups claims they keep John Travolta as one of their star champions by having a secret folder full of blackmail from his private “auditing” sessions.

Scientology regularly audits their followers using a system that’s like a cross between taking a lie detector test and undergoing psychoanalysis. They get hooked up to an E-reader and go over Engrams, or painful memories until they no longer cause them pain. The auditor takes extensive notes on the person their auditing, so they have a lot of information on John Travolta.

Of course, one the largest secrets that may be in those files has been out for a while. Not only have tabloids been running headlines over him allegedly being gay, but celebrities like pal Carrie Fisher and Margaret Cho have casually mentioned it in the press.

According to Lawrence Wright, when Travolta almost left Scientology they created “black PR package” to intimidate him into staying.

Leah Remini leaves the Church of Scientology, questions the disappearance of leader’s wife