TMZ is reporting that Rob Lowe has settled the second of two sexual harassment lawsuits filed by former nannies. The most recent suit was filed by Laura Boyce and was resolved soon after both parties requested a dismissal. This decision comes right on the heels of the judge’s decision to allow Lowe to go after Boyce for “violating the confidentiality clause in her contract.”

The first case involving nanny Jessica Gibson, who accused Rob Lowe of groping her and exposing himself to her, was also dismissed after a request by both parties involved. No details have been revealed about either settlement as to whether or not money was involved or how much, though TMZ says, “we can’t tell you exactly, but here’s what we hear — Laura won’t be planning any expensive vacations any time soon.”

At last, some peace and quiet for Rob Lowe! He will finally be able to sit back and relax, play with his kids and watch his favorite movie of all time: 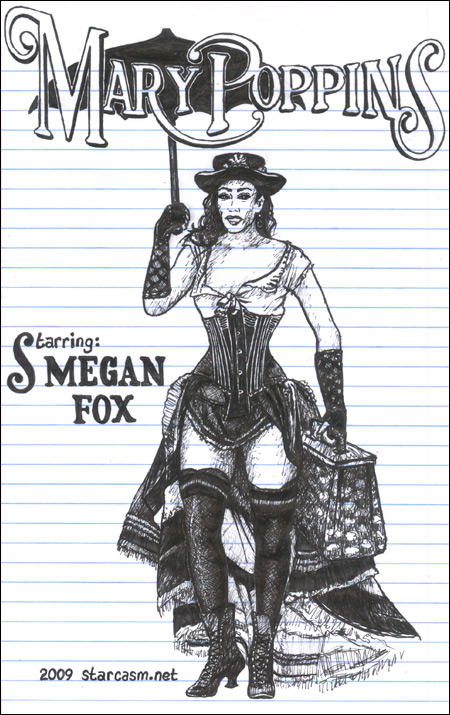 (I don’t have a nanny fetish and I don’t usually like musicals, but this would probably be my favorite movie, too. A special thanks goes out to Megan Fox for sporting a should-look-ridiculous-but-is-ABSOLUTELY-sexy outfit that ranks right up there with Raquel Welch in One Million years BC and Jane Fonda in Barbarella.) 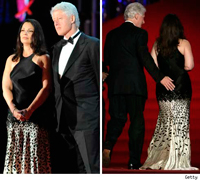 UPDATE 5/19/09 – The nanny fetish bug is spreading like swine flu! The latest victim is none other than former president Bill Clinton who was photographed gettin’ him some Fran Drescher nanny fanny at the Life Ball charity event this weekend. (For a larger photo, head over to TMZ or just click on the image) Bill was not quoted backstage saying, “Drescher? I’d like to undrescher!”