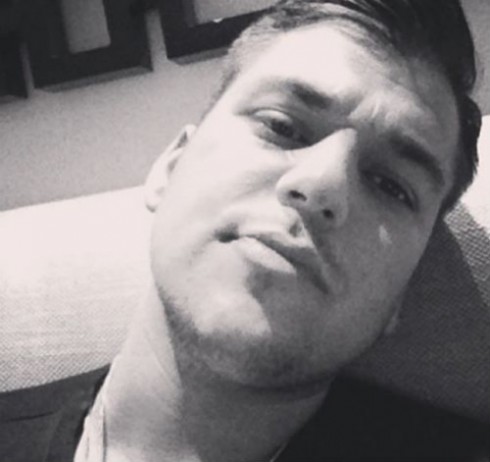 While his siblings were off at the VMAs, Rob Kardashian made news from the comfort of his own home by posting his first social media selfie in years. Although the reclusive Keeping Up With the Kardashians star only captioned the Instagram shot “Gnight,” it’s hard to miss the fact he’s really slimmed down!

Although Rob hasn’t been photographed in public in months, he’s recently spoken about working out with sister Kim Kardashian and joked a few days ago about how his initial weight gain all began with some milkshakes.

He is currently rooming with big sister Khloe, which she said is a good arrangement for both of them.

“I have a big a** house and I wanted it so he could feel, like, comfortable,” Khloe told Complex last month. “He’s going through a hard time now, and it’s behind gates. With this crazy lifestyle you have to think of places where you can still have your freedom.”