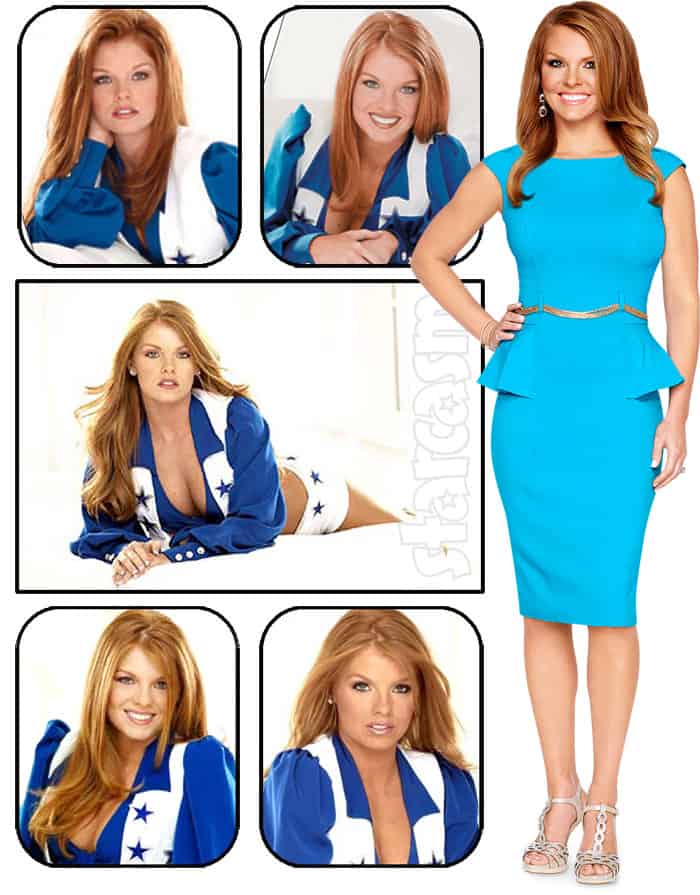 Bravo returns to The Lone Star State on April 11 with some Texas-sized drama in their newest series The Real Housewives of Dallas. Judging from the preview clips, these Dallas lasses are Texas through and through, and perhaps none have more of a Big D pedigree than Brandi Redmond. This redheaded mother of two has the unique distinction of being on a short list of ladies who spent at least five years as a member of the NFL’s most coveted female squad, the Dallas Cowboy Cheerleaders!

Brandi is so proud of her time pom pomming it up for “America’s Team” that she made sure to mention it in her very first Real Housewives tagline:

Brandi, originally from Tennessee, relocated to Texas more than 25 years ago. She graduated from Texas Woman’s University with a sociology major after transferring from Blinn College in Brenham, Texas. Judging from numerous throwback photos, Brandi has always been passionate about cheerleading. Here she is as a teen with future husband Bryan Redmond: 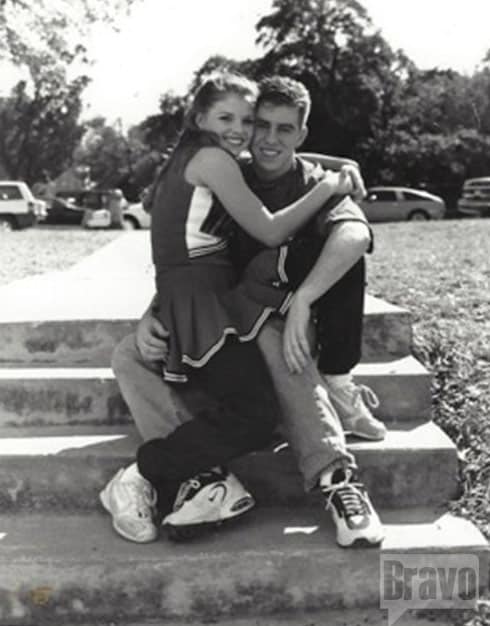 Brandi first made the DCC squad in 2000, and she recently tweeted this throwback photo taken at the moment it was announced she had made it at training camp:

And speaking of the DCC training camp, here is Brandi showing off some serious flexibility while trying out: 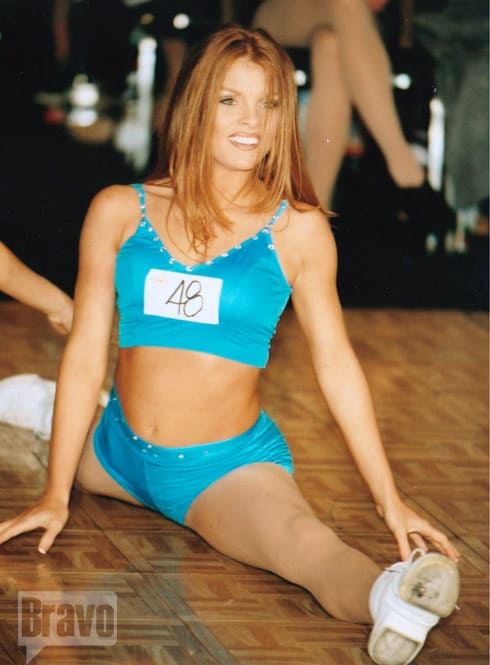 Brandi’s run on the sidelines lasted from 2000 to 2005, and her stint included the honor of being named to the NFL’s Pro Bowl cheerleading squad in 2005: 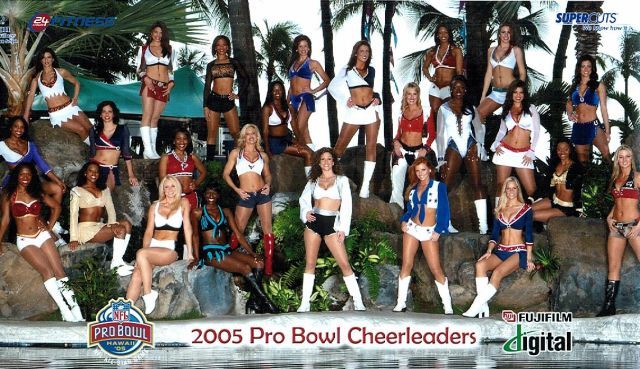 In the photo above, you can see Brandi at the bottom center right, just above the word “cheerleaders.”

In addition to her official honors, Brandi also established herself a role model to other young women with dreams of making the DCC team. In 2001 college student Angela VanDeWalle decided she wanted to try out for the squad. She shared her story with FloCheer and revealed that when she sought out advice, it was Brandi who was there for her.

“Brandi was always so nice and head everything, you know, homecoming queen, head cheerleader, pageant contestant,” Angela recalled. “Her personality was what you would think of when you think of an all-American cheerleader. She is a beautiful girl, red hair, very striking, and just a sweetheart.” 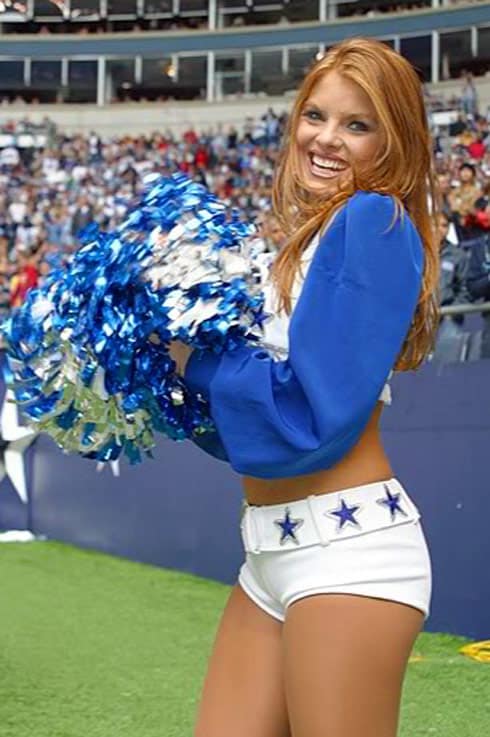 Angela, with Brandi’s guidance, would go on to make the team and would be honored in 2003 by earning a spot in the Dallas Cowboys Cheerleaders annual calendar.

After announcing her retirement in 2005, Brandi spoke with Ultimate Cheerleaders about her decision to put down her pom poms. “I honestly felt as if I was breaking up with someone when I ultimately decided to retire,” Brandi revealed. “It is extremely hard when something for five years has been apart of your life and a second family. I told my director and teammates in the early spring. My friends and family are nothing but supportive. They just tease me that their favorite cheerleader will be in the stands for a change.” 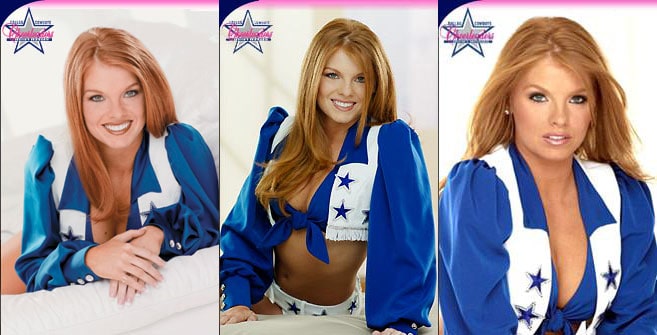 Brandi then shared her parting words for her fans:

I will miss being a Dallas Cowboys Cheerleader and all of my fans. Thank you for your support through out my DCC experience. I tried out for America’s Sweethearts to cheer on the sidelines at Texas Stadium and never imagined that it would be so much more. I am so thankful to have had the opportunity and only wish that more ladies could have a dream come true such as mine. Again, thank you to everyone and for those ladies out there that are trying, don’t give up!

Perhaps Brandi will soon be giving similar advice to those ladies aspiring to be a Bravo Real Housewife! Be sure to check out Brandi and her Big D squad when The Real Housewives of Dallas premieres on Thursday, April 11 at 10/9c on Bravo.

* As you can tell from the photos in this post, Brandi’s history with the DCC is clearly the real deal. This might seem like an odd thing to point out, but Bravo fans may recall that another Real Housewives star who claimed to have been a cheerleader for the Dallas Cowboys’ rival Washington Redskins was later accused of making the whole thing up.