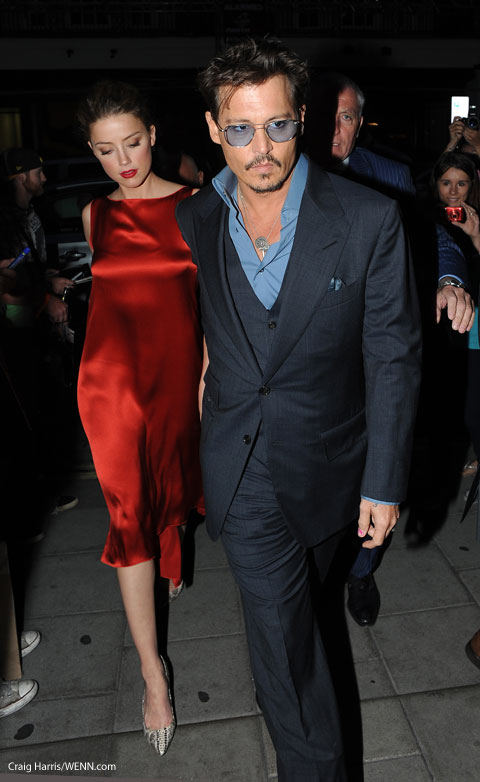 Johnny Depp began dating bisexual actress Amber Heard last year, and now there’s a tabloid rumor that the A-List actor still lets Amber have girlfriends on the side, as long as she doesn’t date other men.

The 27-year-old actress dated photographer Tasya van Ree for four years before making Johnny her main squeeze after he broke it off with long-time girlfriend Vanessa Paradis.

“Johnny always knew this aspect of her life was important and he says as long as she makes it clear he’s her number one, she can do whatever she likes. It’s liberating for both of them,” a source told U.K.’s Look magazine. “They are both very honest and open with each other and this pact has just made them stronger as a couple.”

“There have been rumours Johnny and Amber are on the rocks, but the truth is they’re having a great time and he’s still so in awe of her adventurous side. It’s what first attracted him to he,” the source explained. “Amber’s always been honest with Johnny and told him from the start that she can’t change who she is, and that she’ll always be interested in women as well as men. He has now promised her it’s fine if she has someone on the side, as long as they’re the same sex.”

Whether this is true or not for Amber and Johnny, this is definitely a type of polyamorous relationship that happens sometimes, especially when one or both partners are bisexual.