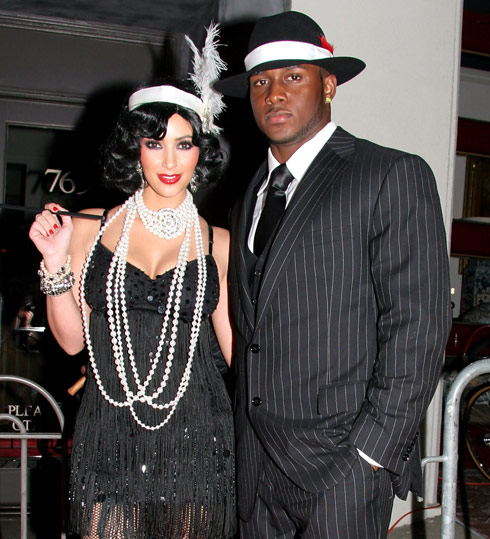 Over the weekend Kim Kardashian and her ex-boyfriend, no not that one, no not the one in the tape, (sigh)…. Reggie Bush were spotted out having lunch at the Beverly Hills Hotel. This little get together flamed some serious, “Are Kim K. and Reggie B. hooking back up rumors.”

We all know her ex-husband baller Kris Humphries wasn’t much of a talker and that in general professional athletes get the rap of not being the talkative type so it was refreshing to see what Reggie Bush had to say when he was asked straight up about the possibility of being Mr. Kim K. again.

Some TMZ dude: Hey are you and Kim K. back on?

Kim’s sister-in-fame, Khloe, gave the idea a big thumbs up with a call in to Ryan Seacrest’s radio show when she said:

What I love most about the clip, other than the lady who managed to keep her face hidden, was the fact that an answer that seemed so succinct was somehow not convincing. He just kept his head down on his cell and rushed in to the elevator. So I ask…

Do you believe runnin’ Reggie’s, “Hell no?” Furthermore, a lot of you don’t believe he even said the “hell” part, or even spoke words. We agree with you that his audio is VERY faint, but it you listen to it closely you can hear “Hell no.”