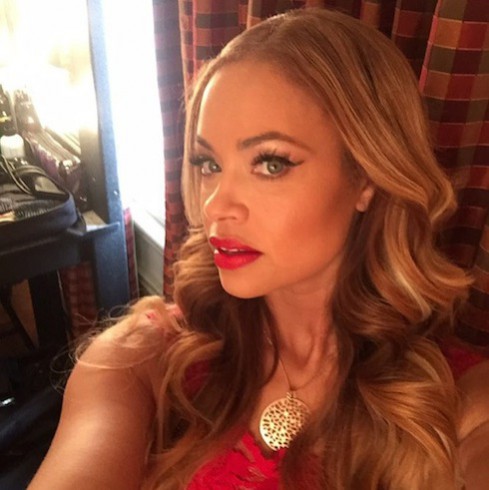 The phrase “Gizelle Bryant feud” is becoming more and more familiar to Real Housewives of Potomac fans. Though we’re only two episodes into the acclaimed new series, the Gizelle Bryant feud theme is starting to run very strongly indeed: so far, Gizelle has managed to start something with almost every single other cast member, and the ladies with whom she isn’t beefing appear to tread very lightly indeed.

For starters, Gizelle and Charrisse Jackson Jordan let their slow dilemma simmer for the duration of Charrisse’s crab boil until their sit down, at which point Charrisse let it be known that she didn’t appreciate Gizelle bringing an unvited guest over to help prepare the food. According to at least one new report, Charrisse interpreted the pair’s arrival as a dig at her shaky marriage, and really didn’t like it when Gizelle’s stylist friend offered to redo Charrisse’s hair right then and there.

But Gizelle, according to her just-updated Bravo blog, doesn’t get why Charrisse blew up:

I cooked [the crabs] with my secret spice ingredients, and even heated up a special dipping sauce….But NOPE!…it turned quick fast and in a hurry into something else. After sitting down with Charrisse and having the conversation, I still don’t know why she was soooooo mad. With her tone and disposition towards me you would think that I slapped her Momma, cursed her kids, or stole her favorite Gucci bag that she always, I mean ALWAYS wears….HOWEVER, two divas standing to close to one another can only end up in an explosion. 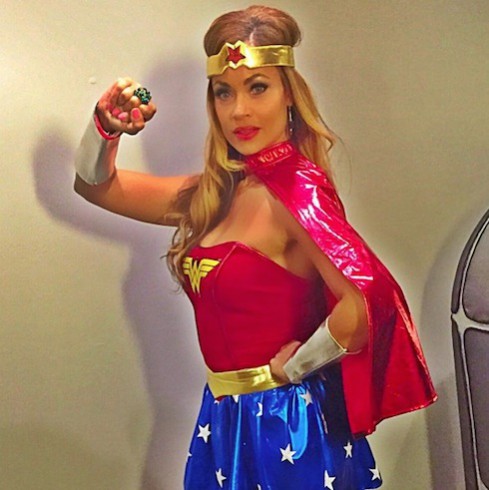 Of course, that misunderstanding led to the big sit-down lunch with both Charrisse and Karen, which is where Gizelle said things really got out of hand–though not through any fault of her own:

I kept thinking, where can I buy a friend that knows how to place a beautiful smile on their face. A smile has got to be better than acting like your panties are in a bunch. When they were expressing their disdain, disgust and hatred of sweet, innocent Gizelle, it made me feel a little sorry for them. In 2016 who stays mad more than seven minutes, who has time to have their face scrunched up, that causes wrinkles. Who doesn’t know how to take a deep breath and blow out the negativity. They were acting as if as kids, I stole their lunch money, or I didn’t let them sit at the cool table, or they couldn’t buy a date to the senior prom. Positivity sometimes is hard to find…

As for the apology that Gizelle attempted during the sit down? Karen and Charrisse both call shenanigans: they’ve already called it a “fake” effort, and Charrisse said she knew it would be “a waste of time” before even getting out of the car. 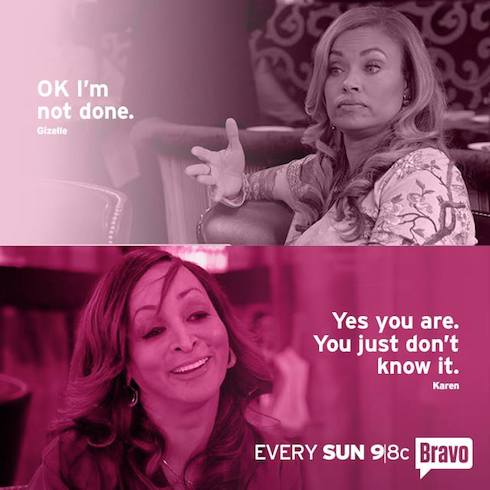 It hasn’t taken long for the Gizelle Bryant feud to affect the newest member of the Real Housewives of Potomac cast, either. Ashley Darby, whose May-October relationship with her husband made her the stuff of gossip before she appeared, was not spared Gizelle’s critical eye. As soon as Ashley dished about her husband’s big penis, Gizelle dropped the shade, referring to Ashley as a “THOT” (which, for the uninitiated, is an acronym for “That Hoe Over There”).

Of course, Gizelle didn’t stop there. “I don’t know about the girl,” she said. “She’s a little ratchet, a little rough around the edges. I can tell you one thing–she is not from Potomac, Maryland.”

Ashley later got in a solid digs of her own, claiming she thinks Gizelle “has some issues maybe because her beauty is vanishing?” and stating “I think that Gizelle is a little intimidated by me.” 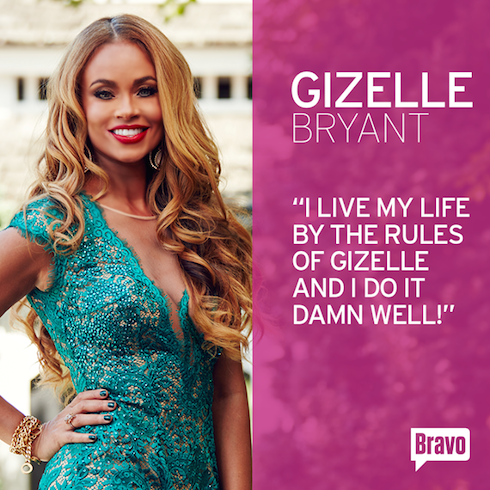 Gizelle’s co-stars continued their assorted feuds with the newest Real Housewives villain on social media, both before and after the episode had aired:

Gizelle, I feel like I’ve walked into a scene from the Godfather. You posing with your gangsta lean #SMH

My apologies for cutting your performance short. However, I was under the impression that I was invited to lunch not the theater!

Sometimes you have to excuse yourself from negative people. Live to be happy! pic.twitter.com/u9P3zdpZdX

And that’s exactly what I did! https://t.co/ttd0KU2j7V

Can @GizelleBryant host the Oscars next year please? This girl is a trip! #RHOP

If nothing else, it’s clear from their promotional images that Bravo is following through on making Gizelle the Real Housewives of Potomac‘s bold, brash pot stirrer: 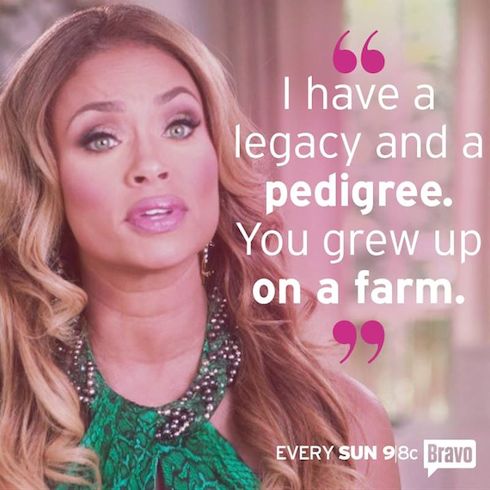