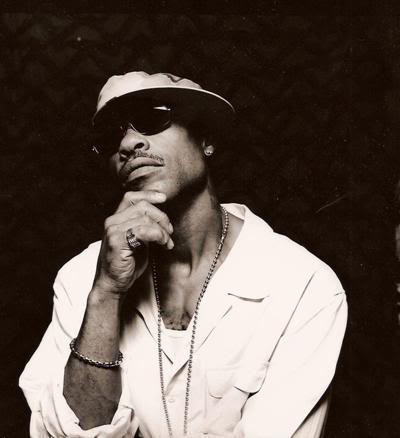 “Because I don’t need gimmicks. Give me a fly beat and I’m all in it.”

43-year-old Keith “Guru” Elam, a rapper known for his far-reaching influence on underground rap, passed away yesterday after complications related to cancer. He got his start in the late ’80s with DJ Premier in their band Gang Starr which combined Guru’s solid rhymes with Premier’s unique production techniques: scratchin’ beats using vocals and jazz riffs. Guru gathered a larger following throughout the nineties with Gang Starr releases like 1991’s Step Into the Arena and 1992’s Daily Operation, as fans responded to his intelligent rhymes, and cool, monotone rapping style.

Although Premier and Guru continued to collaborate on Gang Starr projects into the early 200s, for the last seven years DJ Premier and Guru have been estranged; Guru even went so far as to pen a letter on his death bed asking DJ Premier to have nothing to do with his “image” after death. Guru has stayed close the past seven years with Solar, a producer who started working with Guru on his first Jazmatazz record, a breakthrough album that mixed freestyle rap over improvised jazz. Through out his four Jazmatazz records, Guru collaborated with Herbie Hancock, Isaac Hayes, Chaka Kahn, Erykah Badu, The Roots,  Branford Marsalis, Donald Byrd, Roy Ayers and Ronny Jordan.