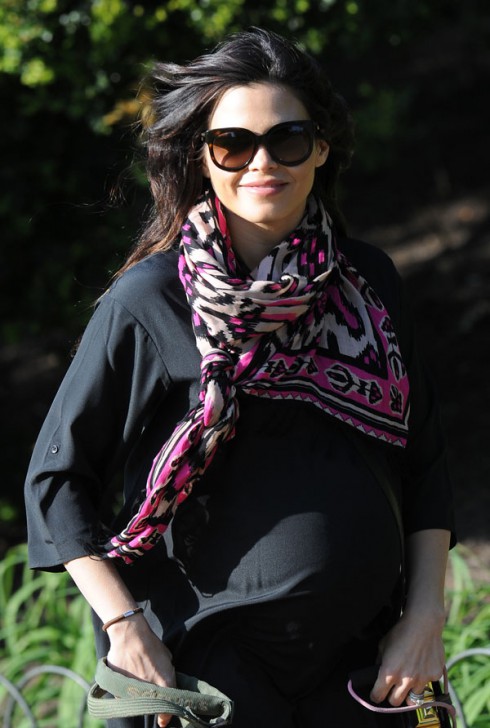 Pregnant Jenna Dewan-Tatum, who is in London with her husband Channing Tatum for a film project, was seen glowing during a walk with her dogs today in Hyde Park. She’s due soon, but the couple hasn’t been specific about exactly when, only that she will give birth in London. The couple are waiting until the birth to find out the sex of the baby.

The actress talked to Glamour magazine about how husband Channing, who she married in 2009, has been supporting her during her pregnancy:

There’s a reason women are pregnant for nine months; by the end, you’re ready to have this baby. Channing has been great. He takes the route of no confrontation, just support, saying things like, ‘Do whatever you want! What do you want to eat? I’m going to leave it up to you.’ “

Jenna is about to be a working mom, because she landed a role in the new TV series Witches of East End.“I think, How in the world am I going to do all this?” she admits. “I have no idea what I’m up against. But I’m as mentally prepared as I can be. It’s an adventure!”

Isn’t Jenna just the cutest? Jenna credits these two doggies for training the actors, both 32, for parenting. “Who knows what kind of parents we’ll be?” she said. “We have two dogs, so we’ve had some practice.” 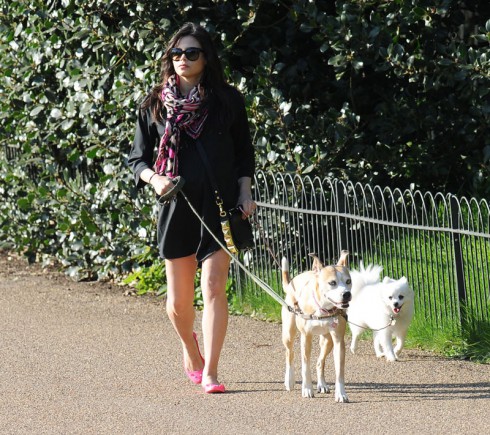