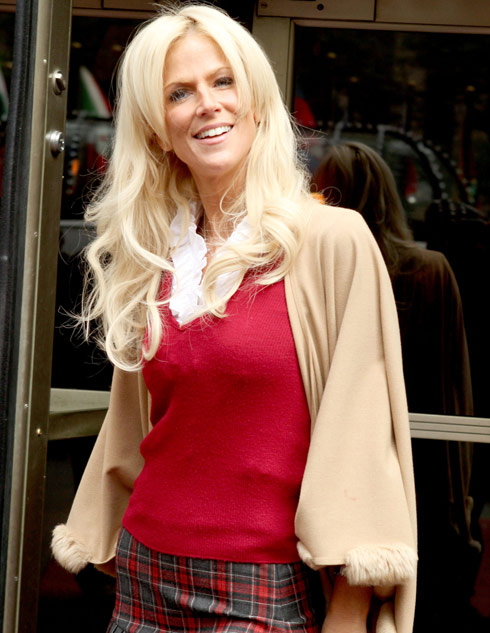 In what is one of the saddest flame outs in modern celebridom the Salahis of White House gate crashing and Real Housewives of D.C. infamy are one step shy of the ol’ bottomed out sex tape as both Tareq and Michaele have offered their birthday suits to Playboy and Playgirl to remain relevant.

I already took some Pepto and wrote up a piece on Tareq’s probable Playgirl appearance and I didn’t imagine that things could’ve gone down hill from there but they sure did.  TMZ is reporting that Playboy has informed Michaele, after getting shots of her naked mind you, that they do not have any space on their cover OR inside their magazine for a spread. OUCH!

What amounts to the nudity equivalent of a movie going “straight to DVD” Playboy informed Mrs. Salahi via an email (another ouch) that she would instead be featured on their website.  You know, in that space right next to the girl who serves you your morning breakfast burrito and coffee.

Here is what even your nudity not being wanted reads like:

“There is no opportunity this calendar year to offer you a cover opportunity or place for your pictorial.  We had hoped an issue would be available to present you in the pages of the magazine first. However, that does not seem likely and we do not want to keep them from our readers any longer.”

Always diligent I checked out the site and the only link for Michaele so far was the site asking its visitors if they wanted Michaele to pose naked.  Not sure what the readership voted but we now know which way the magazine turned.