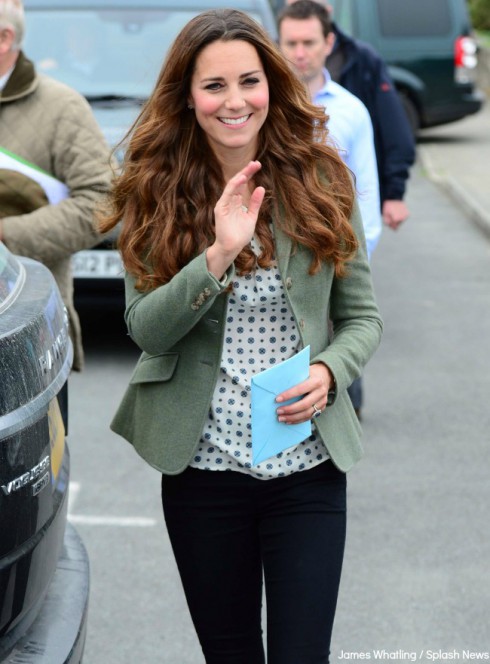 The Duchess of Cambridge gave birth to Prince George just more than one month ago, on July 22. Yet, the new mother’s first official public appearance revealed no trace of lingering pregnancy weight.

The appearance was actually a pleasant surprise for those gathered at the start of a 135-endurance race: She wasn’t scheduled to make an official public appearance until Sept. 12. Fortunately, Kate was able to take a break from mothering duties to step out with her husband. Because the new parents don’t yet have a nanny or sitter for little George, they called Carole Middleton, Kate’s mother, in to keep an eye on him.

Even though Kate wore a casual outfit of espadrilles, black ankle jeans, a recycled shirt and green jacket, her rockin’ body was clear to see. Many were shocked and awed by her ability to lose any trace of pregnancy weight within five weeks, but one source confirms the Duchess hasn’t taken any extreme measures.

“Kate’s still breastfeeding and the small weight she gained while pregnant has just melted off,” a source close to the British royal revealed to Us Weekly. “She’s not dieting. After giving birth, she did continue with her yoga.” 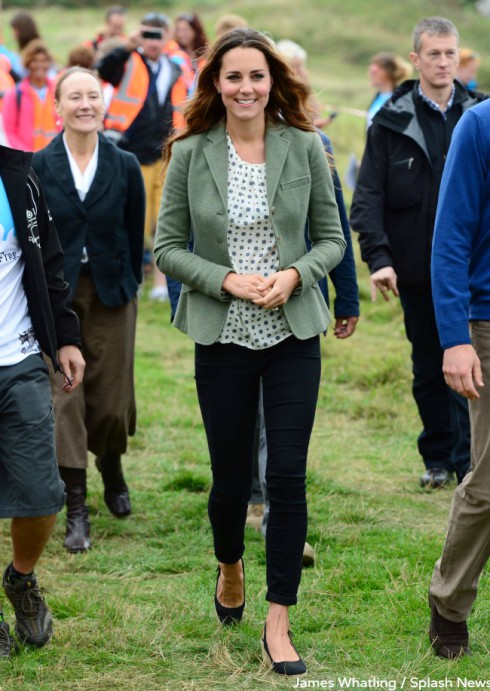 In fact, the only sign that Kate has a newborn baby came when she stopped to talk with gathered fans about her new responsibilities.

“He’s doing very well. He’s with granny at the moment. He’s sleeping well but I know these things change at a minute’s notice,” The Daily Mail reported Kate said.

Prince William, who was originally the only one scheduled to attend the ultra-marathons start, also commented on life as a new father.

“We’re hearing a bit of that at the moment,” Prince William joked when a baby in the crowd started to cry.

The Duke and Duchess are scheduled to make their next appearance together during the Tusk Conservation Awards in London on Sept. 12.

New My 600 Lb Life Tara before and after pics, engagement update